South Korean author Han Kang has won the Man Booker International Prize, sharing the $US100,000 award with her translator. 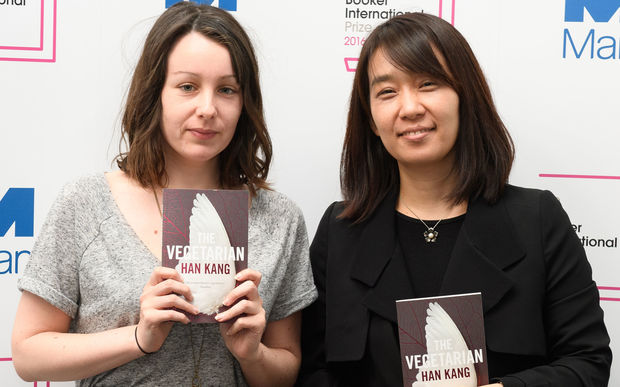 Han Kang's book, The Vegetarian, features a protagonist who wants to become a plant and leave the human race in order to save herself from the dark side of human nature.

For the first time, the award went jointly to the translator, Deborah Smith, who spoke only English until seven years ago and had been learning Korean for three years when she started the translation.

She has gone on to translate a number of Korean texts and has recently founded a not-for-profit publishing house dedicated to Asian and African literature.

The Vegetarian was creative writing lecturer Han Kang's first novel to be translated into English. Her second, Human Acts, has since been published.

She said the story came about when she revisited her own short story The Fruit of My Woman, which sees a woman literally turn into a plant.

"After I finished the short story, I found this inexplicable feeling that I had to rework this imagery."

The judges said the book's style was "both lyrical and lacerating".

"This compact, exquisite and disturbing book will linger long in the minds, and maybe the dreams, of its readers."

This is the first time the Man Booker International Prize, which has joined forces with the Independent Foreign Fiction Prize, has been awarded on the basis of a single book.

In the past the Man Booker International was awarded every second year to an author for their entire body of work, and was most recently won by Hungarian writer Laszlo Krasznahorkai in 2015.