One of the central figures in the misconduct allegations that have engulfed one of Hollywood's most powerful men over the past week, the Charmed actress, who had previously alleged Weinstein sexually assaulted her in 1997, went further when she tweeted this morning: "HW raped me". 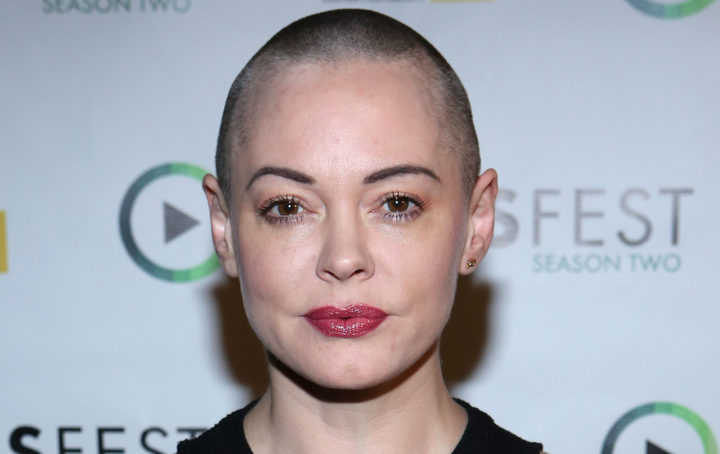 "HW" was apparently in reference to Weinstein, who has been accused by several actresses and models of sexual harassment.

She later shared an NBC story about Weinstein saying: "This is a prime example of how you are being complicit in RAPE CULTURE. DO NOT GIVE RAPISTS A PLATFORM. Damn you."

The New York Times has reported that Weinstein paid a financial settlement of $100,000 to McGowan in 1997 over an incident in a hotel room at the Sundance Film Festival in Utah.

The Summit County Sheriff's Office, which shares a records system with Park City Police, had no reports or calls involving Weinstein or McGowan in the past 30 years, sheriff's spokesman Andrew Wright said.

Weinstein's representative Sallie Hofmeister did not immediately return a message seeking comment, but has said Weinstein "unequivocally" denied ''any allegations of non-consensual contact".

McGowan last year said she had been raped by a "studio head".

After days of widening scandal, McGowan appeared emboldened to describe more outright her past experience with Weinstein.

Shortly before a series a tweets addressed to Amazon chief Jeff Bezos, McGowan tweeted a woman warrior picture with #Rosearmy and stated "It's on".

"I told the head of your studio that HW raped me," said McGowan in tweets directed to Bezos.

In subsequent tweets, McGowan appeared to suggest that Amazon Studios, which is overseen by Roy Price, previously dropped a project penned by McGowan after she insisted Weinstein not be involved.

The New Yorker ran an exposé this week reporting that Weinstein had allegedly sexually assaulted three women, though the third woman was unnamed.