The fatal spree in Las Vegas on Sunday in which 58 people died and hundreds were injured was not the only shooting in the US this week. 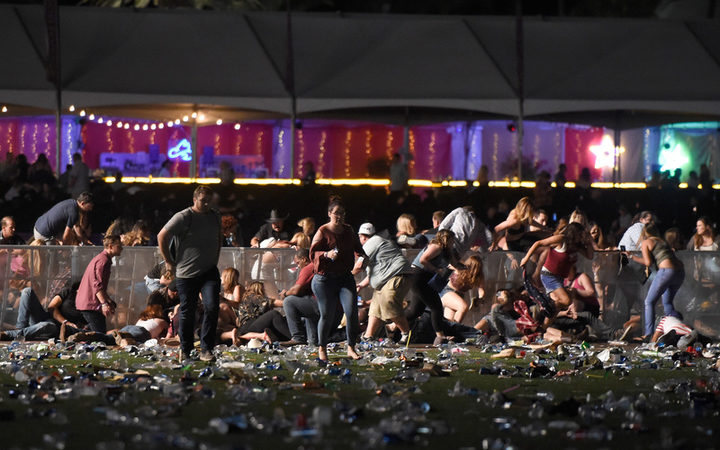 The rampage by Stephen Paddock, a 64-year-old retiree, is the worst mass shooting in the US in modern times.

However, according to mass shooting tracking sites and US media reports, in 2017 - so far - there have been 47,165 incidents of gun violence and 275 mass shootings.

On Sunday, in Lawrence, Kansas, three people were killed and two injured in a fatal shooting at an intersection involving a large crowd and multiple gunshots, the Lawrence-Journal World reports.

Update on the Fatal Shooting at the Intersection of 11th and Massachusetts. Press release attached. pic.twitter.com/QkO86VWFJs

On Tuesday, in Nokomis in Florida, police attended a double murder and suicide in Sarasota County, according to the Sarasota County Sheriff's Office.

And, on Thursday, in Casa Grande, Arizona, police opened a homicide investigation after four people were shot dead in what appeared to be a domestic violence incident,

According to the nonprofit Gun Violence Archive, in the first nine months of this year, 11,797 people died in gun-related violence, including the victims of the Las Vegas spree.

More than 500 children under 11 have been killed this year.

In the US, various definitions of "mass shooting" are used. The FBI has jurisdiction for "active shooter" incidents, defined as an individual actively engaged in attempting to kill or killing members of the public. A generally accepted definition of a mass killing is one in which three or more people are killed.

This week, a New York Times editorial reported 521 mass shootings - defined in the article as four or more people killed in a single event - since the previous most deadly attack, in Orlando, Florida last year, when a gunman opened fire in a nightclub, killing 49 people.

Last month, a gunman killed seven people at a house in Dallas, Texas, before being shot dead by police.