Why I didn't run from bullets at Las Vegas concert

An off-duty paramedic who risked death to help the wounded at a mass shooting at a country music festival says he would do it again in a heartbeat.

Kacy Thompson is an emergency medical technician - a paramedic - and was at the Route 91 Harvest Festival country music concert in Las Vegas when Stephen Paddock opened fire on the crowd from the nearby Mandalay Bay hotel.

More than 400 people were injured and 58 died from the attack, after which Paddock killed himself.

Many people ran, but some stayed even as the bullets were flying - and Mr Thompson was one of them. 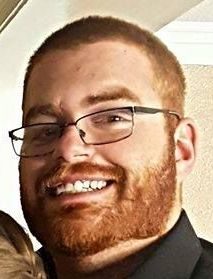 He told Checkpoint with John Campbell he was having an "awesome" time at the festival before the shooting started.

"I realised we needed to go when the girl in front of me dropped. And I went up to her to see if she needed help and she was gone, she was shot in the head."

Once he know his fiancée was safe his training instinct  kicked in, he said.

"My brain kicked in and said 'you know what, these people need help and I'm here to help them'.

"I knew how to treat these people, I knew how to bandage them and stop their bleeding in order to save their lives.

He said the emergency services were not allowed on the scene while there was still shooting.

So he said he spent the next 1hr45m helping out with a group of other concert goers which included a nurse, a firefighter, as well as his buddy Scott who had no medical background.

"It was all concert goers doing this.

"Without the citizens doing this ... the casualties would have been a lot more."

He said he would do it again in a heartbeat.

"I did it for my family, and every one of those people are my family."