Cross-bench MPs in the Australian parliament are pushing for Barnaby Joyce to step aside as Deputy Prime Minister until the High Court rules on his dual citizenship. 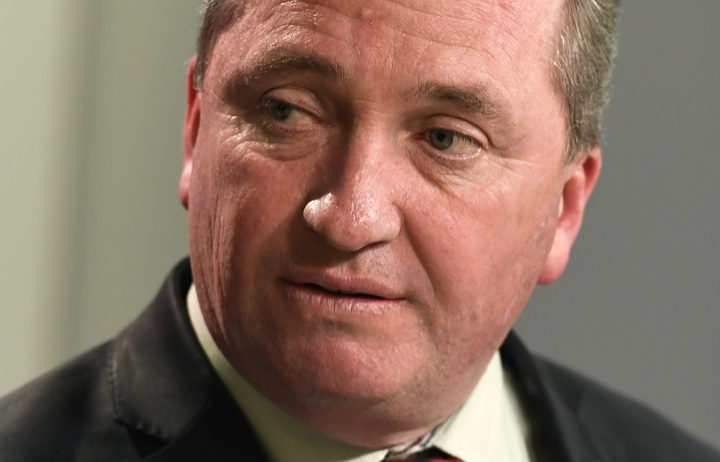 Mr Joyce, whose father was born in New Zealand, is one of seven MPs in Australia referred to the country's High Court to test whether they can remain in their roles because of their citizenship status.

Labor has argued it is possible decisions made by Mr Joyce could be invalid.

Independent MP Andrew Wilkie said Mr Joyce's vote should still count but he should stand aside from his ministry.

"We discussed it among ourselves during question time yesterday," Mr Wilkie said.

"We all agree that it would be the right thing to do for Barnaby to decide to step aside from [the role of] Deputy Prime Minister, step out of Cabinet until these matters are resolved."

Mr Joyce has said would remain in his role would be acting prime minister later this week when Prime Minister Malcolm Turnbull visits Samoa.

Mr Turnbull has said he was confident the court would rule in Mr Joyce's favour.