The embattled Australian Deputy Prime Minister, Barnaby Joyce, is the second-most nominated person for the 2018 New Zealander of the Year award, with former Green Party co-leader Metiria Turei the most popular choice. 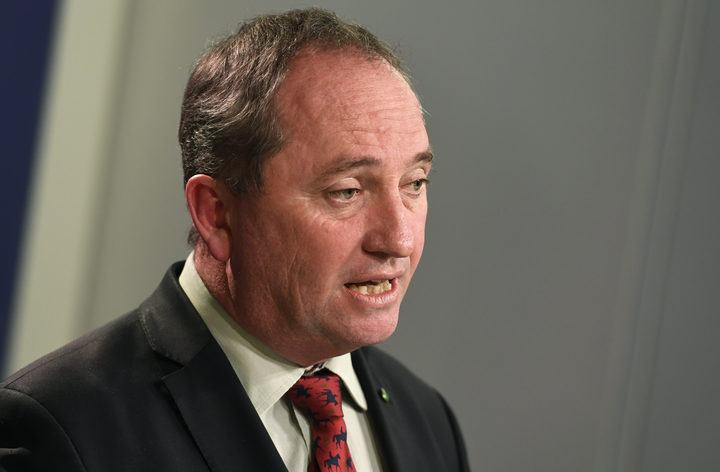 Nominations officially close next month, at which stage the awards office said it would "assess Mr Joyce's eligibility based on his citizenship and other criteria".

The Deputy Prime Minister's links to the Land of the Long White Cloud have been thrust into the spotlight in recent weeks, amid Federal Parliament's dual citizenship crisis.

Mr Joyce found he was a dual citizen of Australia and New Zealand because his father was born there, which has led to his eligibility to sit in Parliament being questioned in the High Court.

Australian and Kiwi relations have been tested during the citizenship saga, with allegations from the Coalition that Labor is guilty of tawdry Trans-Tasman treachery by using New Zealand Labour politicians to ask questions of their government about dual citizenship.

The award is described as honouring "people for their contribution to the well-being of New Zealand".

"Proven, inspirational and passionate, these are the people that New Zealanders are proud to call their own," the New Zealander of the Year Awards website stated.

Mr Joyce was out in rural Queensland today, but he reacted to the news of his nomination.

While not commenting specifically on Mr Joyce, a statement from the organisers of the honours gave some insight into why they believed people like Mr Joyce have featured.

"It's also not unusual for people of the moment to attract significant support during the public nominations period," awards manager Glyn Taylor said.

"We're looking forward to seeing the expected upswing in nominations in these final weeks.

"The independent judging panel will then consider each nomination on how a particular individual has contributed to making New Zealand a better place to live."

Mr Joyce was pipped at the post by the former co-leader of the New Zealand Green Party, Metiria Turei, who received the most nominations.

There have been 371 nominations received for next year's honours so far.