Two police officers have been injured while arresting a man armed with a knife outside Buckingham Palace. 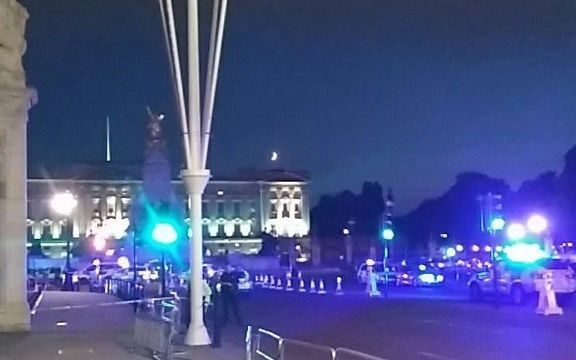 This picture taken from the Twitter account of Matt Vincent, shows policemen guarding the streets outside Buckingham Palace in London. Photo: AFP

The officers were treated at the scene for minor arm injuries and were not taken to hospital, the Metropolitan Police said.

The force said the man was stopped outside the royal grounds. He has been arrested on suspicion of grievous bodily harm and assault.

The police said it was too early to know whether it was terror related.

Officers remain at the scene and inquiries are ongoing.

Meanwhile, in Brussels, a man has been shot dead after attacking two soldiers with a machete in the city centre.

The attacker, aged 30, was injured in the street but later died in hospital. One of the soldiers suffered a wound to the face, the other has a hand injury.

Photographs showed the street cordoned off with police and troops in the area. 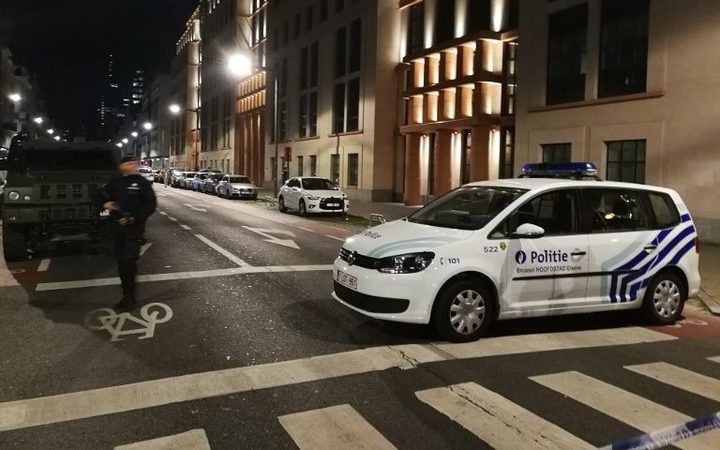 Police stand guard in the city centre of Brussels, where a man is alleged to have attacked soldiers with a knife and was shot. Photo: AFP

Belgium's federal prosecutor's office said the attacker was "not known for terrorist activities" but said that he had shouted "Allahu Akbar" ("God is greatest" in Arabic) during the assault.

The attack is being treated as terrorist incident, the prosecutor's office said.

Witness Ryan MacDonald‏ wrote on Twitter that he heard the sound of a gunshot before seeing a "heavy police presence outside".

Another witness said he heard "two loud bangs and a load of sirens".

The attack took place on Boulevard Emile Jacqmain in the centre of Brussels.

The presence of soldiers on the streets of Brussels is part of a large-scale security operation designed to reassure the public in the wake of terrorist attacks in the city in March 2016 in which 32 people were killed.