German politicians and carmakers have reached an agreement to cut inner-city pollution to avert bans of diesel vehicles. 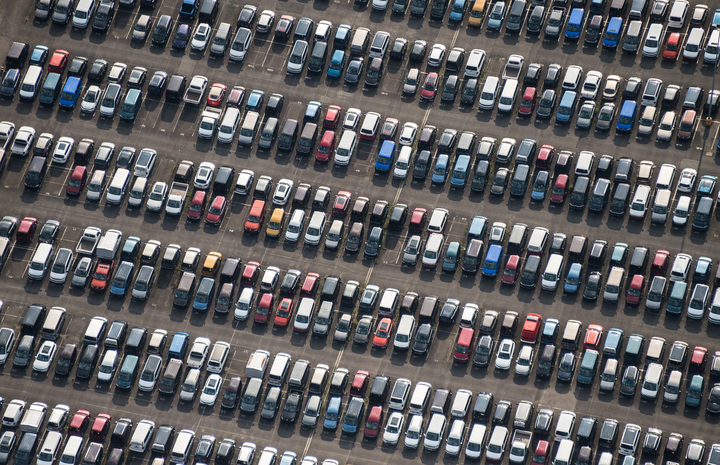 Of the five million cars covered by the agreement, 2.5 million are Volkwagens. Photo: AFP

The carmakers have agreed to install new engine management software in 5.3 million cars to make exhaust filtering systems more effective and bring down the vehicles' emissions of nitrogen oxide by 25-30 percent.

Industry body VDA said the deal was approved in Berlin by Daimler, BMW, Volkswagen and Opel.

Pressure to cut emissions increased last week, when a court in Stuttgart upheld a proposal to ban older diesel cars from the heavily polluted city, home to the Mercedes and Porsche companies.

VDA said the software updates would be free for motorists and would be just as effective, in cutting nitrogen oxide levels as any bans on diesel cars in cities.

However, environmentalists said the plan - almost two years after Volkswagen admitted to cheating U.S. diesel emissions tests - was too little, too late, and vowed to press ahead with legal action aimed at banning polluting vehicles.

The DUH environmental group software updates would only result in a cut of about 2-3 percent of emissions of toxic nitrogen oxides, adding it would pursue court cases for diesel bans in 16 cities.

Discounts to trade in older cars

The companies will also fund incentives aimed at encouraging consumers to trade in diesel cars that are 10 years old and older, for newer models with lower emissions.

BMW will give a discount of up to €2,000 to drivers who exchange an old Euro-4 category BMW when they buy a new diesel BMW, electric BMW or Mini. Ford has made a similar offer.

Chancellor Angela Merkel's government has come under mounting pressure for not doing enough to crack down on vehicle pollution and for being too close to powerful carmakers.

The issue has become a central campaign topic ahead of next month's national election, prompting the government to summon car bosses to try to avert moves in some cities to force bans on diesel vehicles.

Justice Minister Heiko Maas said the agreement was only a first step, warning that bans on diesel vehicles could not be ruled out and urging car makers to focus more on consumers.

VW's emissions test cheating - which was exposed by US regulators - led to a string of revelations that showed diesel vehicles from most manufacturers release far more nitrogen oxide gases on the road than in laboratory tests used to assess their safety.

But cutting back on nitrogen oxide pollution is causing another headache for carmakers, which were betting on diesel technology to help cut carbon dioxide (CO2) emissions to meet climate change rules. Diesel engines are up to 20 percent more fuel efficient than petrol equivalents.

Falling sales of diesel cars have led to an increase in CO2 emissions, Germany's KBA motor authority said on Wednesday. Average emissions per vehicle rose 0.4 percent in July to 128.4 grams of carbon dioxide per kilometre, it said.