Oral sex is producing dangerous gonorrhoea and a decline in condom use is helping it to spread, the World Health Organization says. 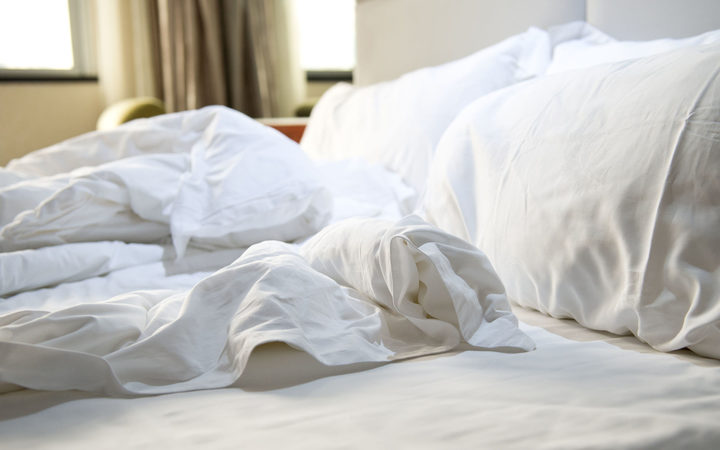 It is warning that if you contract gonorrhoea, it is now much harder to treat and in some cases impossible.

The sexually transmitted infection is rapidly developing resistance to antibiotics.

Experts said the situation was "fairly grim" with few new drugs on the horizon.

Around 78 million people pick up the STI each year and it can cause infertility.

The World Health Organization (WHO) analysed data from 77 countries and it showed gonorrhoea's resistance to antibiotics was widespread.

Dr Teodora Wi said there had even been three cases - in Japan, France and Spain - where the infection was completely untreatable.

"Gonorrhoea is a very smart bug, every time you introduce a new class of antibiotics to treat gonorrhoea, the bug becomes resistant," she said.

The vast majority of gonorrhoea infections are in poor countries where resistance is harder to detect.

"These cases may just be the tip of the iceberg," she said.

The disease is caused by the bacterium called Neisseria gonorrhoea.

Of those infected, about one in 10 heterosexual men and more than three-quarters of women, and gay men, have no easily recognisable symptoms.

But symptoms can include a thick green or yellow discharge from sexual organs, pain when urinating and bleeding between periods.

Untreated infection can lead to infertility, pelvic inflammatory disease and can be passed on to a child during pregnancy.

Oral sex can lead to super-gonorrhoea

Gonorrhoea can infect the genitals, rectum and throat, but it is the latter that is most concerning health officials.

Dr Wi said antibiotics could lead to bacteria in the back of the throat, including relatives of gonorrhoea, developing resistance.

"When you use antibiotics to treat infections like a normal sore throat, this mixes with the Neisseria species in your throat and this results in resistance."

When gonorrhoea bacteria is introduced into this environment through oral sex it can lead to super-gonorrhoea.

"In the US, resistance [to an antibiotic] came from men having sex with men because of pharyngeal infection," she said.

A decline in condom use, which had soared because of fears of HIV/Aids, is thought to help the infection spread.

The World Health Organization is calling on countries to monitor the spread of resistant gonorrhoea and to invest in new drugs.

"There are only three drug candidates in the entire drug [development] pipeline and no guarantee any will make it out."

But ultimately, the WHO said vaccines would be needed to stop gonorrhoea.

Prof Richard Stabler, from the London School of Hygiene & Tropical Medicine, said ever since the introduction of penicillin, hailed as a reliable and quick cure, gonorrhoea had developed resistance to all therapeutic antibiotics.

"In the past 15 years therapy has had to change three times following increasing rates of resistance worldwide.

"We are now at a point where we are using the drugs of last resort, but there are worrying signs as treatment failure due to resistant strains has been documented."