Japan's Vanilla Air has apologised after a wheelchair user was forced to crawl up a set of stairs to the plane. 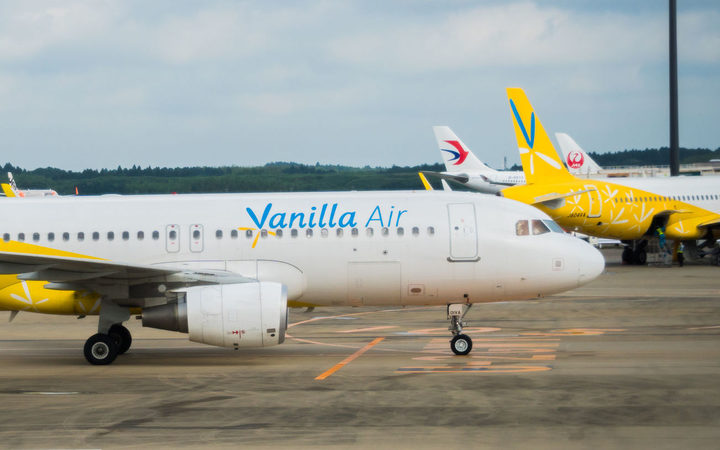 Hideto Kijima had boarded with the help of friends on his outbound flight.

But on the return leg from the island of Amami, airline employees told him that for safety reasons, he would not be allowed to board if he could not climb the stairs without assistance.

In response, Mr Kijima left his wheelchair and pulled himself up the stairs with his arms.

Mr Kijima is an experienced traveller, and head of the Japan Accessible Tourist Center, a non-profit organisation which catalogues accessibility issues for tourists to Japan.

He said he has been to more than 200 airports in 158 countries since he was paralysed from the waist down in a school rugby accident in 1990.

In a blog post, he said that wherever facilities were not available for mobility disabled passengers he has relied on the help of friends or staff members in whatever way possible.

He said that although travel had occasionally been difficult, he had never been told he could not board a plane.

He told Japan's Nippon TV he was "surprised" by the strict rule.

"I wondered if the airport employees didn't think that was wrong," he said.

Vanilla Air, a budget airline subsidiary of All Nippon Airways, has apologised for the incident and announced new measures to aid wheelchair users at the airport.

The company's website now says that while it cannot provide a boarding bridge at Amami airport, it will now provide a special chair for the purpose.

"We're sorry that we caused him that hardship," a company spokesman told AFP news agency.

There have been several other incidents this year involving the treatment of passengers by airlines.

In April, a Vietnamese-American doctor was dragged from a United Airlines flight in Chicago by law enforcement officials after he refused to give up his seat voluntarily.

A video of the incident posted online caused a massive backlash against the airline, forcing it to change its policies and pay a settlement to the injured doctor.