An AirAsia X plane was shaking like a "washing machine" when it experienced a problem with its engine, and was forced to turn back mid-flight to Perth.

On Sunday night many were still stranded at Perth airport. Passengers who had missed connecting flights told ABC they had been left to their own devices.

AirAsia X flight D7237 took off just before 7am on Sunday, bound for Kuala Lumpur, but experienced a "technical issue" one-and-a-half hours into the trip.

The Airbus 330 landed back in Perth about 10am, with emergency services on site as a precaution.

Water Police said marine emergency services north of Perth were put on standby to prepare for a possible water landing. 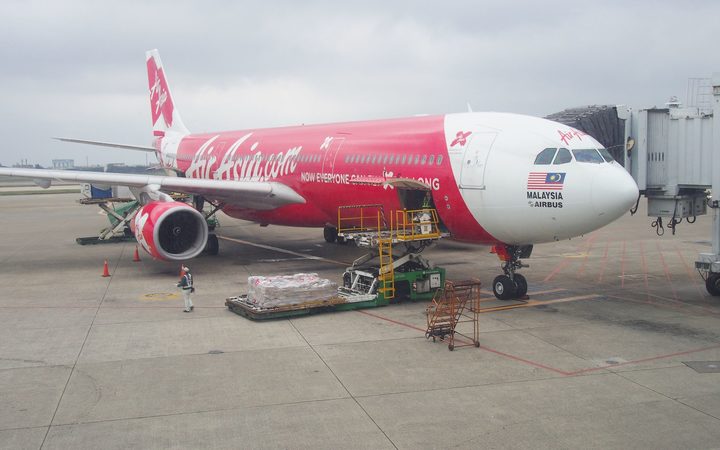 An AirAsia A330 plane had to turn back to Perth 90 minutes into its flight. Photo: 123rf

"I could just tell by the cabin crew's reaction that it was really bad," she said.

"[Crew] said 'I hope you all say a prayer, I'll be saying a prayer too, and let's hope that we all get back home safely'.

"I was crying a lot, a lot of people were crying, trying to call their mums and stuff but we couldn't really do anything just wait and trust the captain."

She praised the captain for getting them back on the ground.

"He delivered us home safely which is amazing, everybody burst into applause when we landed," she said.

'I heard a loud explosion'

"It was essentially the engine seized up I think, that's what they told us anyway," he said.

"It was literally like you were sitting on top of a washing machine. The whole thing was going. We could see the engine out the window which was really shaken on the wing."

"Once we landed we realised one of the blades had actually come off the turbine."

Mr Atkinson, who was hoping to make a connecting flight to Istanbul, said the flight turned around about an hour-and-a-half into the journey.

He praised the professionalism of the crew.

"No-one was freaking out too much. It was a bit nervy. [The crew] handled it really well," he said.

Passenger Tzeyau Chung was on his way home to Kuala Lumpur.

"I heard a loud explosion I think on the left-side engine," he said.

"Of course we were a bit worried but at the end of the day... we safely landed. I think that is the most important thing."

Passenger Damos Stevens, who filmed some of the juddering flight, said while the pilot did a great job, AirAsia had not followed through, and their communication with passengers on the ground had been poor.

Karrinyup resident Dave Parry was on the plane with his wife, three children and mother-in-law.

"There was sort of a bang, and you could see the cabin crew were startled, and then a shudder started straight away, and I had a sense the plane was turning around," he said.

Mr Parry said the captain made an announcement shortly after, saying there appeared to have been an engine seizure.

He said they were told to brace for impact on landing.

A spokeswoman for the airline said emergency services were called in as a precaution only, and only as normal procedure.

She would not confirm if the plane's engine was affected, responding only that it was a "technical issue".

In a statement, AirAsia said the flight was forced to turn around for a "technical reason".

The airline said the plane, carrying 359 passengers, landed without incident. Passengers were being transferred to later flights.

In 2015 an AirAsia plane, which had made 78 trips between Perth and Bali, crashed during a flight from Surabaya in Indonesia to Singapore.

The final report into the crash found the aircraft had a fault with its rudder limiter which went unfixed for 12 months before the crash.