Greece's defence minister says EgyptAir flight MS804, which vanished from radar screens on its way from Paris to Cairo, made sudden swerves in Egypt airspace. 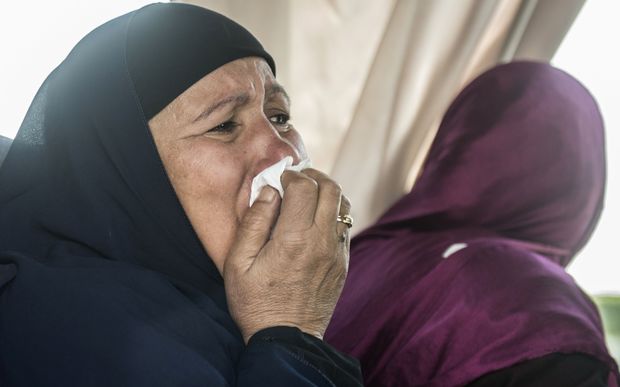 A relative of a passenger who was flying aboard an EgyptAir plane that vanished from radar en route from Paris to Cairo overnight cries as family members are transported by bus to a gathering point at Cairo airport. Photo: AFP

Greece is deploying military aircraft and a frigate search for EgyptAir flight MS804, which vanished from radar screens on its way from Paris to Cairo.

It is not yet known what happened to EgyptAir flight MS804, which disappeared from radars early on Thursday morning over the southern Mediterranean.

The search is focusing on waters southeast of the Greek island of Karpathos.

EgyptAir said the Airbus A320 disappeared from radar just after it entered Egypt airspace about 2.30am local time, and was flying at 37,000 feet. It had left Paris, France just hours earlier and was less than an hour away from its destination.

Greek Minister of Defence Panos Kammenos has been reported as saying the plane was in Egyptian air space at 37,000 feet and made sudden swerves.

He told a news conference that soon after entering Egyptian airspace, the plane had turned "90 degrees left and 360 degrees to the right" before plunging.

Egypt's foreign ministry exchanged condolences with France over what it called the "fall" of the missing plane.

The statement was the first official admission that those on board were likely to have died.

Egypt's foreign ministry said in its statement that the two countries had agreed to cooperate closely in investigating the causes of the incident.

Fifty six passengers, including three children, and 10 crew were on board. Thirty passengers were Egyptian, 15 French and there were also two Iraqis and one each from Britain, Belgium, Kuwait, Saudi Arabia, Chad, Portugal, Algeria, and Canada on the plane.

New Zealand's embassy in Cairo spoke to the airline, which confirmed no New Zealand citizens were on board, a New Zealand Ministry of Foreign Affairs and Trade spokesperson said.

Look back at our LIVE coverage here

Reports Egypt's military received a distressed call from the plane at 4.26am local time - two hours after it went missing - were later debunked by the country's Civil Aviation Ministry. 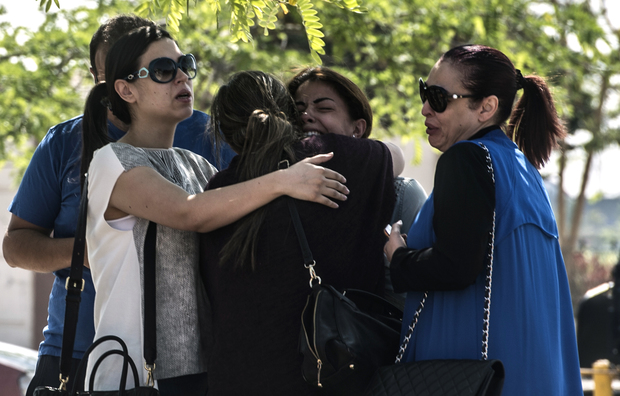 Families of passengers who were flying in an EgyptAir plane that vanished from radar en route from Paris to Cairo react as they wait outside a services hall at Cairo airport. Photo: AFP

There were no weather issues at the time and in the vicinity of the area where an EgyptAir plane with 66 people on board went missing on Thursday morning, European air traffic network manager Eurocontrol said.

In water crashes, an underwater locator beacon attached to the aircraft's flight recorders starts to emit a signal or ping. This helps the search and rescue teams to locate the boxes, and the location of the crash.

Greek air traffic controllers spoke to the pilot over the island of Kea, in what was thought to be the last broadcast from the aircraft.

"The pilot did not mention any problems," Kostas Litzerakis, the head of Greece's civil aviation department said. 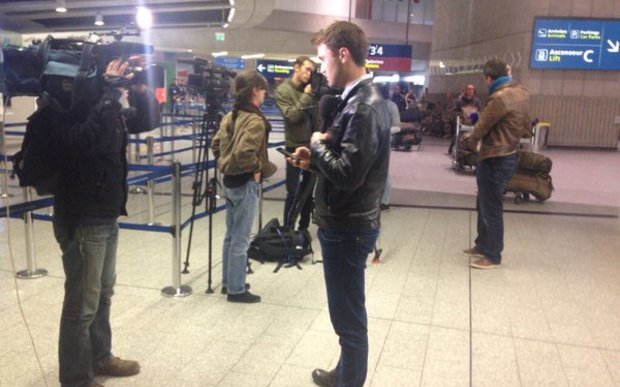 EgyptAir vice chairman Ahmed Adel said nothing had yet been found.

"The search and rescue aircraft from the Egyptian air force are at the position where we lost contact."

A senior aviation source, who did not want to be identified, said reasons for the flight's disappearance would only be known once its black boxes were found. 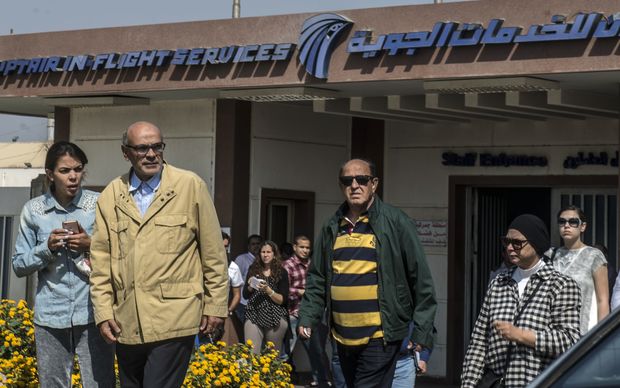 Relatives of passengers who were flying in an EgyptAir plane that vanished from radar en route from Paris to Cairo leave a services hall at Cairo airport. Photo: AFP

"The theory that the plane crashed and fell is now confirmed after the preliminary search and after it did not arrive at any of the nearby airports."

"All causes for the disaster are open, whether it is a major technical fault or a terrorist action or any other circumstance. This will be ascertained when we inspect the plane's wreckage and transcribe its black boxes."

But Egypt officials says a crash hasn't been confirmed, and are ruling nothing out when considering what may have caused the plane to disappear. 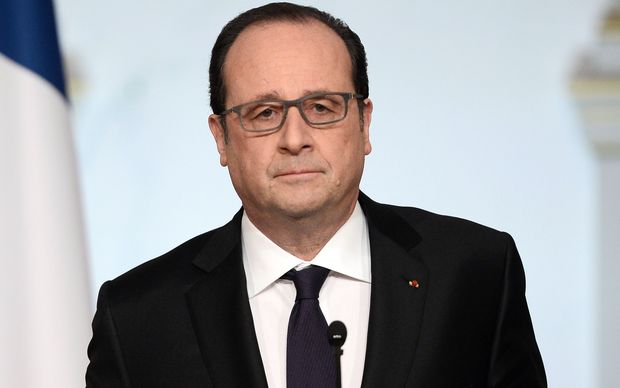 French President Francois Hollande's office said the French leader had spoken to his Egyptian counterpart and that both sides would cooperate closely.

Trouble in the air

This is not the first time there has been a problem with an A320 flight in recent times.

In March, an Egyptian man hijacked an EgyptAir plane and diverted it to Cypress.

The drama ended with all passengers released unhurt at Larnaca airport and the man giving himself up.

Egypt's tourism ministry insisted at the time that all airport security measures had been "fully implemented" before EgyptAir Flight MS181 began its flight. 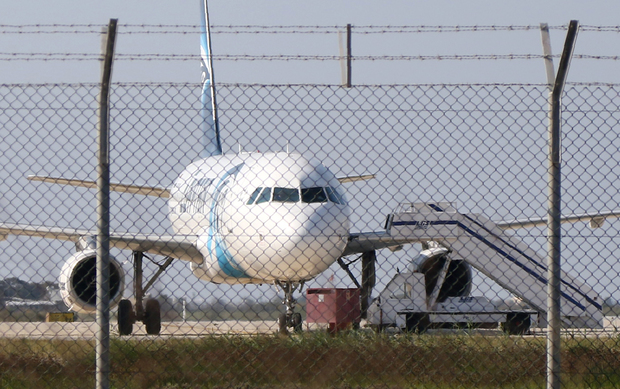 An EgyptAir Airbus A320 sits on the tarmac of Larnaca Aiport after it was hijacked and diverted to Cyprus. Photo: AFP

The hijacker told police when the plane landed he had wanted to see his estranged wife and children.

Egypt's vital tourism industry was already reeling from the crash of a Russian passenger plane in the Sinai in late October.

Reports revealed that plane had been brought down by a bomb over Egypt's Sinai peninsula, killing 224 people.

The plane, flown by airline Kogalymavia, disappeared from radar near Sinai, six minutes after failing to make contact with Cyprus air traffic control.

An Air Canada A320 jet came off the runway after landing at Halifax airport in Nova Scotia in March last year, sending at least 23 people to hospital.

An AirAsia plane went missing off Indonesia with 162 people on board in December 2014.

A temporary loss of power to the computer cancelled the autopilot and removed automated protections against an in-flight upset, handing manual control to the crew. 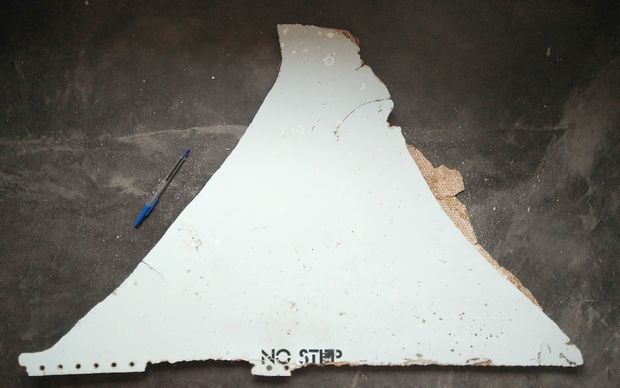 Only two pieces of wreckage from that flight have so far been found, and authorities are expected to give up the search as soon as July.