Rescue workers in China pulled more bodies out of piles of rock and mud on Sunday as they searched for people still missing a day after a landslide buried a mountain village, with hopes fading of finding survivors. 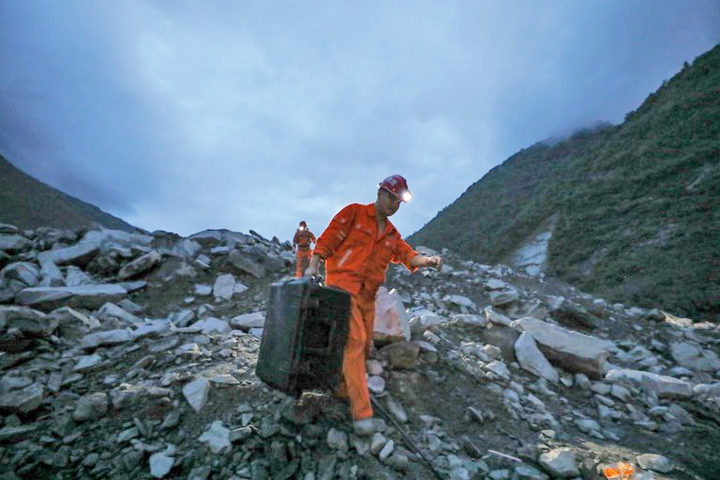 A couple and their two-month-old baby were found alive in the hours after the massive landslide crashed down on the village of Xinmo, in the southwest province of Sichuan as dawn broke on Saturday. But there was no news of any other survivors being found.

Ten more bodies were recovered by early afternoon on Sunday, bringing the death toll to 25, the official microblog for Xinmo's propaganda department said.

Authorities reduced the number of missing to 93 after confirming the safety of 15 people directly or through relatives, according to the microblog.

"We weren't able to pull anyone out alive," Wu Youheng who lives in a neighbouring village and rushed to help rescue efforts on Saturday, told Reuters.

"We pulled out two people but they were already dead. I think it's too late, they're unlikely to find anyone else alive."

He said that the area was prone to landslides but the scale of Saturday's slide was unprecedented.

Mr Wu's wife, Zhang Xiaohong, said that they often sleep in other villages because of fear of landslides but can't afford to move to the safer capital of Mao county, where Xinmo is located.

At risk from more landslides in the area, a massive rescue effort involving more than 3000 rescue workers was underway, Xinhua reported. 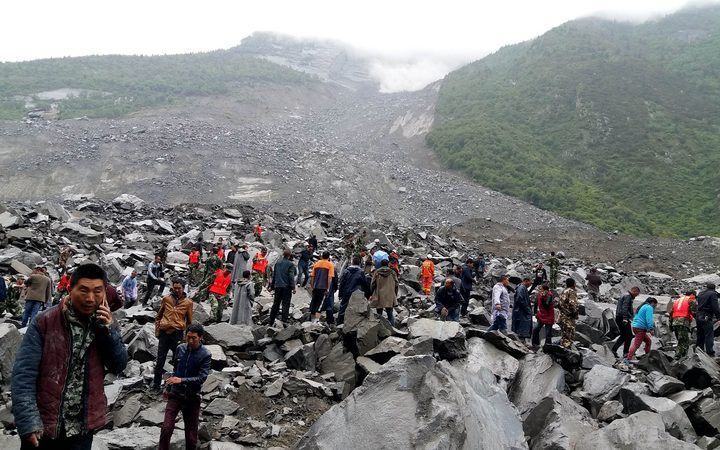 The names of the missing were posted on government websites, it said.

UN Secretary-General Antonio Guterres in offering his condolences said in a statement that the United Nations is prepared to offer any needed support.

Sichuan province is prone to earthquakes, including a 8.0 magnitude tremor in central Sichuan's Wenchuan county in 2008 that killed nearly 70,000 people.