Britain has been rocked by another deadly van attack leaving one person dead and eight others in hospital, only two weeks after eight people were killed at London Bridge. 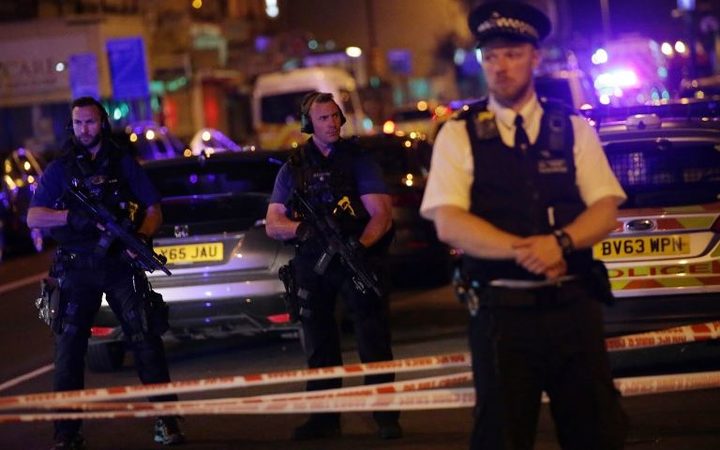 Police guard a street in north London where a van hit pedestrians near a mosque. Photo: AFP

In the latest attack, a van mounted the pavement and struck a group of people near a north London mosque just after midnight local time.

A 48-year-old man has been arrested and will undergo a mental health assessment.

Home Secretary Amber Rudd said the attack was being treated as a "terrorist incident".

Eyewitness Abdul Rahman said the driver said he wanted to "kill all Muslims".

Mr Rahman told the BBC he struck the man and helped subdue him.

The Muslim Council of Britain has described the incident as a "violent manifestation of Islamophobia". 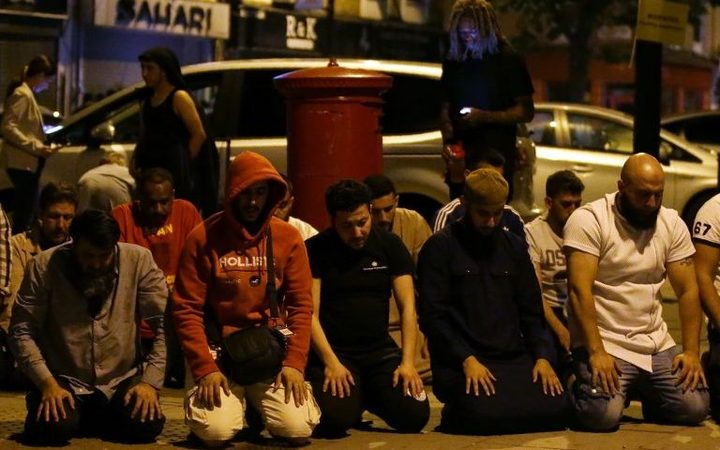 Muslims pray on a sidewalk in the Finsbury Park area of north London after a van hit pedestrians. Photo: AFP

Since March, there have been five other planned attacks of which two were prevented and three carried out - in Westminster, Manchester and London Bridge.

Earlier this month, three attackers drove a van into pedestrians walking across London Bridge then got out and began stabbing people at the nearby Borough Market.

Eight people were killed and dozens more were injured in the attack, which began shortly before 10pm local time on 3 June.

Police were called within two minutes and arrived eight minutes later, killing the attackers in what officers said was an "unprecedented" volley of 46 bullets.

On 22 May, Salman Abedi, a Manchester-born 22-year-old blew himself up at the end of an Ariana Grande concert at the Manchester Arena.

The attack left 22 people dead and more than 120 were injured.

The so-called Islamic State claimed responsibility for the attack.

On 22 March, British-born Khalid Masood drove a car into people on Westminster Bridge near the British parliament, before stabbing police Constable Keith Palmer.

He was then shot by armed police as he tried to stab another officer.

The attack resulted in six deaths, including Constable Palmer and Masood, and more than 50 injuries. 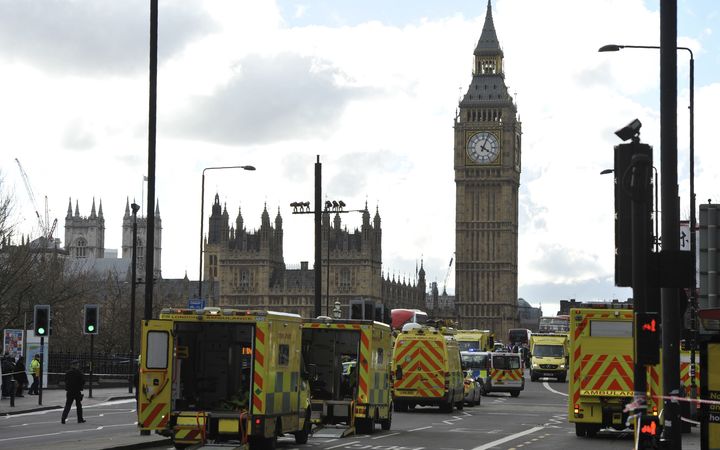 Emergency services on Westminster Bridge after the attack. Photo: AFP

In May 2013, two British Islamists stabbed to death soldier Lee Rigby on a street in southeast London.

In July 2005, four British Islamists killed 52 commuters and themselves in suicide bombings on the British capital's transport system in what was London's worst peacetime attack.