The exterior cladding reportedly used on Grenfell Tower is banned in the UK on buildings of that height, a senior minister says. 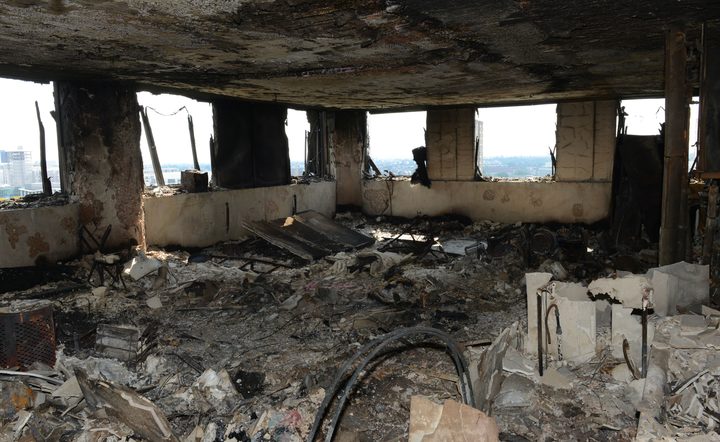 At least 58 people are believed to have died after a fire ripped through the 24-storey apartment block in North Kensington, London in the early hours of Wednesday.

London Mayor Sadiq Khan has described the fire as a "preventable accident" caused by "years of neglect" by the local council and successive governments.

UK Chancellor Phillip Hammond said the cladding - which has been widely blamed for helping spread the blaze - was banned in Europe and the US.

"My understanding is that the cladding in question ... is also banned here."

Investigators would examine whether building regulations were breached when the block was refurbished, and the public inquiry set up by the government would also examine if rules had been broken, Mr Hammond said.

"Are our regulations correct? Do they permit the right kind of materials and ban the wrong kind of materials? The second question is were they correctly complied with? Obviously that will be a subject that the inquiry will look at. It will also be a subject of the separate criminal investigation."

The Department for Communities and Local Government has said that aluminium cladding with a polyethylene core should not be used on buildings taller than 18m.

After attending a service for victims, Mr Khan said the fire was a national disaster requiring a national response.

Kensington and Chelsea Council's leader said officials had been working "around the clock" since the fire on Wednesday.

The government says all those who lost their homes are to receive £5500.

Each household will receive at least £500 in cash and £5000 paid into an account as part of a £5 million emergency fund first announced on Friday.

Number of victims expected to rise

Police are expected to announce an increase in the death toll today. The BBC understands about 70 people might have died. Eighteen people remain in hospital, nine in critical care. 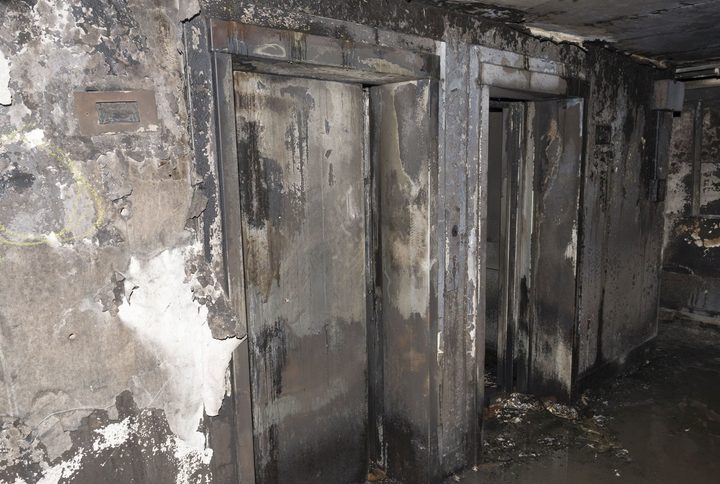 Metropolitan Police Commander Stuart Cundy said: "I must consider the fact that there may be others in the building who, for whatever reason, have not been reported to us.

"There is also a real possibility that there may be people in the building that no one knows are missing."

Police have released images from inside the building to show the scale of the challenge they face.

Mr Cundy said: "The conditions due to the fire damage verge on indescribable, which is why this will be such a lengthy operation taking weeks to complete."

Kensington and Chelsea Council has faced widespread criticism for its handling of the disaster, with residents complaining that officials had provided little support or information.

A group who met Prime Minister Theresa May at Downing Street have criticised the borough's tenant management organisation for being "invisible in the aftermath of the tragedy".

"We explained to the prime minister the anger of all residents towards the management of the estate over a long period of time, paving the way to this tragedy," they said.

Mr Khan echoed their point, saying: "People are angry, not simply at the poor response in the days afterwards from the council and the government, but at the years of neglect from the council.

"There's a feeling that the council and government don't understand their concerns and don't care."

He added: "People in this community are sick to death of platitudes from politicians."

Kensington and Chelsea Council leader Nicholas Paget-Brown said he understood residents' anger and that the authority itself wanted to know why the fire had started and spread so quickly.

He added that the disaster was too big for one authority to handle alone and it was inaccurate to suggest his council was not present on the ground or working with other authorities.

The government has sent in a team of civil servants to bolster the relief effort. They were spotted in high-visibility jackets in the area on Sunday afternoon.

Details of how the government's £5m emergency fund will be spent have also been outlined, including:

Mrs May said: "My government will continue to do absolutely everything possible to help all of those affected through the difficult days, weeks, months and years ahead."

The prime minister has come in for a barrage of criticism over her response to the disaster.

She was jeered on a visit to the North Kensington estate on Friday, and protesters marching on Friday and Saturday called for her resignation.

Mayor suggests other buildings could be demolished

Earlier, writing in the Observer, Mr Khan had suggested that high-rise tower blocks dating from the 1960s and 1970s could be torn down in the wake of the fire, which he said may well be the "defining outcome of this tragedy".

Labour leader Jeremy Corbyn told ITV's Peston on Sunday that the council had seemed to "lack the resources to deal with a crisis of this magnitude", despite being the country's "wealthiest borough". 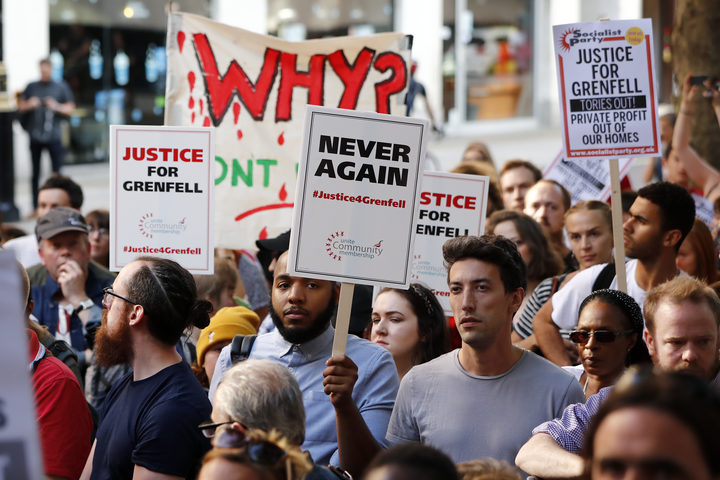 Demonstrators call for justice outside the Department for Communities and Local Government in central London. Photo: AFP