Analysis - It was never meant to be a high-stakes gamble for Britain's risk-averse prime minister, but Theresa May's attempt to strengthen her leadership by calling an early election has instead left her authority in tatters. 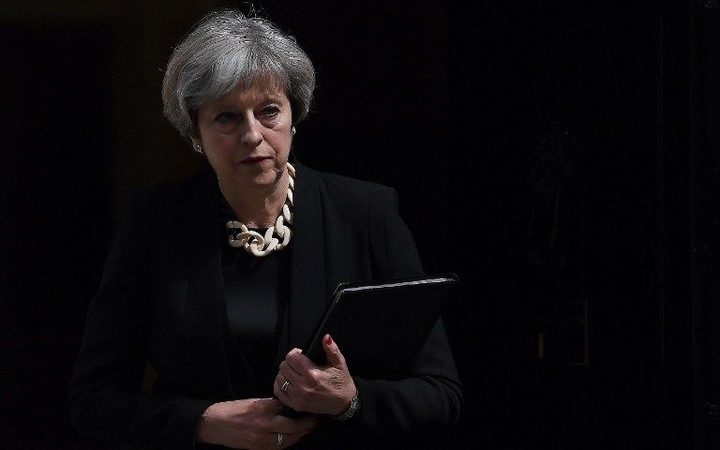 With results showing May's Conservatives have lost their majority in Parliament, party members blamed what one called a "just awful" campaign, training their ire on an election team that highlighted the 60-year-old's flaws by sticking doggedly to an agreed script instead of masking her weaknesses.

Without the desired larger majority, May - if she stays on - will now be in the thrall of two wings of her party that oppose her plans to leave the European Union: "purists" who want a clean break with the bloc and "remainers" who are pressing for closer ties, two Conservative sources said.

That throws into doubt the complex talks on Britain's departure from the EU that are due to begin in just 10 days.

"We overestimated our match-fit status. We overestimated the campaign team at the top. We believed the polls and we were cocky," said one senior Conservative source, speaking on condition of anonymity.

Instead of betting on the size of the majority, party insiders were now putting money on when the prime minister would quit, less than a year after she was propelled into Downing Street following Britain's shock decision to exit the EU.

"It will be interesting to see who is left standing," the source told Reuters.

In April, the political landscape was very different.

After a holiday in Wales, May said she had reluctantly decided to bring forward the election by three years to strengthen her hand in negotiations with the EU, talks which will reshape Britain's role in the world and that of a bloc praised by many for ensuring peace after World War II.

Her decision, reluctant or not, seemed at the time to promise a sure-fire win for a leader who had never led her party into an election.

Opinion polls gave her sky-high personal ratings and her party a runaway lead over the opposition Labour Party. They seemed to offer her a cushion to do something she rarely does: change her mind after weeks of vowing no early poll.

Surprised by the U-turn, one former co-worker, Tony Smith, said last month that May must have "taken her time out and gone away to think about it" before making the decision.

"Once she has, you won't find any prevarication there. I don't think you'll see in her memoirs 'Oh I'm not sure whether I should've called that election back then'," said Smith, the former head of Britain's Border Force who worked closely with May in organising security checks for the London 2012 Olympics.

After winning her parliamentary seat, May said on Friday her Conservative Party would take responsibility for delivering stability if it won the most seats in the election.

"If, as the indications have shown, and if this is correct that the Conservative Party has won the most seats and probably the most votes then it will be incumbent on us to ensure that we have that period of stability and that is exactly what we will do," May said, without explicitly mentioning her own role.

But the outcome will have put paid to the image her aides sought to portray. The "bloody difficult woman" who promised to be "strong and stable" looks anything but.

The senior Conservative source blamed the party's over-dependency on the tight messaging demanded by election guru Lynton Crosby for failing to endear May to voters weary of elections and rattled by two militant attacks in as many weeks.

They wanted the campaign to focus on May and a clear message that only she could be trusted. At first it seemed to work, but May's decision to introduce a new policy which would see people pay more towards their elderly care was a turning point.

The policy went down badly with voters and was attacked by the opposition as an unfair "dementia tax". A local campaign manager in northern England complained that May's closest aides Nick Timothy and Fiona Hill "had never met a real person in their life" and had badly misread the electorate with the plan.

With the Labour Party campaigning on policies such as ending university fees and boosting the police, the slide in the opinion polls for the Conservatives had begun.

By the end of the seven week run-up, May had earned the moniker "Maybot" for her robotic performances, was openly mocked by audience members at a question-and-answer session and jeered during a tour of a London meat market.

She ended her election campaign with a rally in a half-empty conference hall on the outskirts of Britain's second city, Birmingham. Her advisers said there were 800 activists cheering her on. A Reuters witness put the number closer to 250.

"Corbyn ran a way better campaign, he got to more places and got more people to come out to his rallies," said Labour supporter Alisa Hall outside the London building where Corbyn's votes were counted. "It showed. People weren't excited to go and see Theresa May at a rally."