Bodies and aircraft debris have been found by a navy ship searching for a Myanmar military transport plane that vanished with 122 people on board.

The plane lost contact over the Andaman Sea after taking off on a weekly flight. 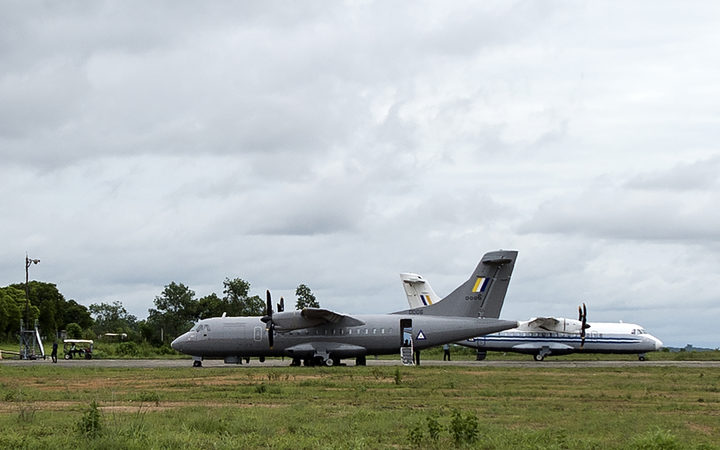 A file photo shows a Myanmar Air Force plane, left, at Dawei Airport on 8 June, the day after the military plane disappeared off the coast of Launglon. Photo: AFP

The aircraft, a Y-8 transporter made in China, was carrying 14 crew. Most of the passengers were military personnel and family members, including children.

It was flying from Myeik to Yangon and the debris was found in the sea off the coastal town of Dawei.

Communication with the flight was lost on Wednesday half an hour into the short routine trip.

According to the military, search teams on Thursday morning (Thursday evening NZT) found 10 bodies, including that of a child, as well as a wheel, several life jackets and some luggage. The main part of the plane has not yet been found.

Should everyone on board have died in the crash, the death toll would make it among the country's worst aviation disasters, says the BBC's Myanmar correspondent Jonah Fisher. 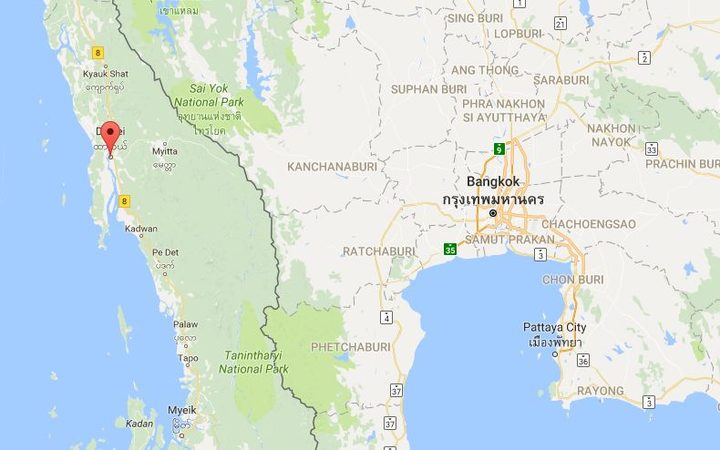 Contact was lost with the plane near Dawei in Myanmar. Photo: Screenshot / GoogleMaps

The reason for the crash remains unclear. There has so far been no report of a mayday call and the dispersed nature of the wreckage suggests it could have broken up in mid air.

Although it is monsoon season in Myanmar, there were no reports of bad weather at that time.

The plane was purchased from China in March last year and had logged 809 flying hours, according to the military.

Myanmar has seen a number of aircraft incidents in recent years.

In February 2016, the five-member crew of an air force plane died when the aircraft crashed in the capital of Nay Pyi Taw. A few months later, three officers were killed when a military helicopter crashed in central Myanmar.

An Air Bagan commercial aircraft made an emergency landing in 2012 and burst into flames, killing two people.