India's Prime Minister and the new French President have said they will co-operate in the fight against climate change, after meeting for the first time in Russia. 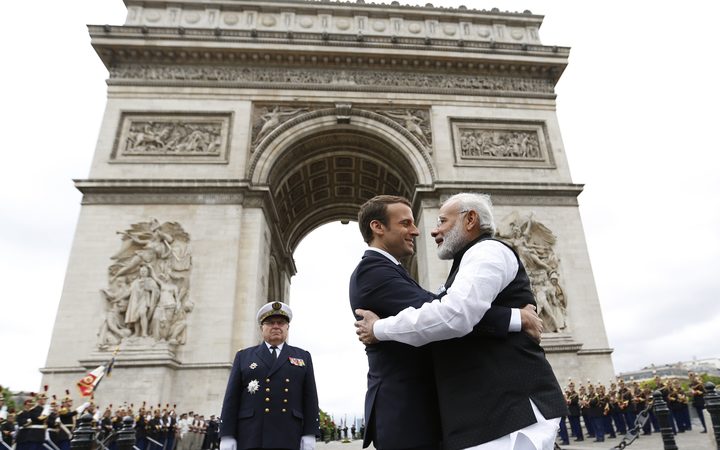 Indian Prime Minister Narendra Modi says goodbye to French President Emmanuel Macron after a ceremony at the Arc de Triomphe on the last leg of his four-nation visit in Paris. Photo: AFP

French President Emmanuel Macron met with Indian Prime Minister Narendra Modi on Saturday in Russia just days after the US withdrew from the Paris climate agreement.

Mr Modi, whose country is the world's third-biggest emissions generator, said he would continue to back the deal, which Mr Macron said was irreversible - despite US President Donald Trump's decision to withdraw.

"The protection of the environment and the mother planet is an article of faith," Mr Modi said at a joint news conference with Mr Macron in Paris.

The alliance seeks to mobilize more than a trillion dollars by 2030 and bring together well over 100 solar-rich countries to deliver solar energy to some of the planet's poorest.

Mr Macron said the alliance would lead to concrete measures in favor of solar energy and commit the companies of both nations.

"We are both convinced that our countries have to do a lot for the ecological and environmental transition and the fight against global warming," Mr Macron said, adding that France would go above and beyond its Paris agreement commitments.

He said he planned a visit to India before year-end for a first summit of the International Solar Alliance, an initiative launched by New Delhi and Paris during the Paris climate talks.

The two leaders, who were meeting for the first time, announced no actual contracts or new initiatives. 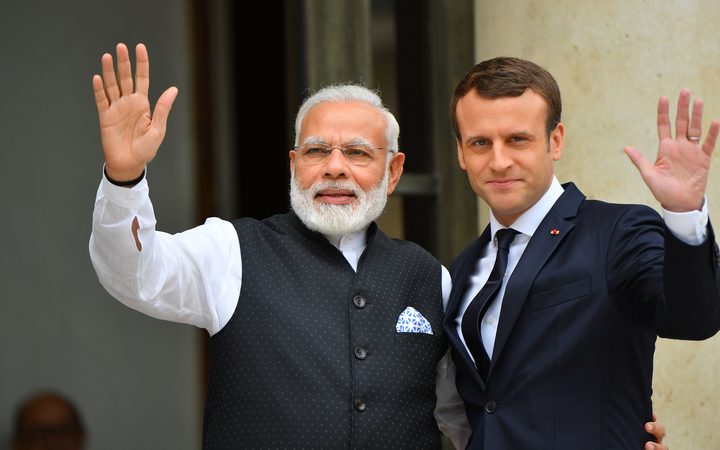 They said they had also discussed how to combat terrorism and that they would work on concrete initiatives before the end of the year to fight terrorism on the internet.

Ties between India and France have grown in recent years, most notably in the defense sector with New Delhi ordering 36 French-made Rafale fighter jets.

Last month, India's cabinet approved plans to build 10 reactors of Indian design and said India would not buy foreign reactors unless they were already in operation.

Four EPRs are under construction in France, Finland and China, but all are years behind schedule and not a single EPR is in operation yet.

The Paris agreement - what it means

The Paris accord is meant to limit the global rise in temperature attributed to emissions. Only Syria and Nicaragua did not sign up.