China is warning that the United States risks severely disrupting negotiations between stakeholders in the South China Sea after an American warship sailed close to one of its artificial islands in the disputed waters. 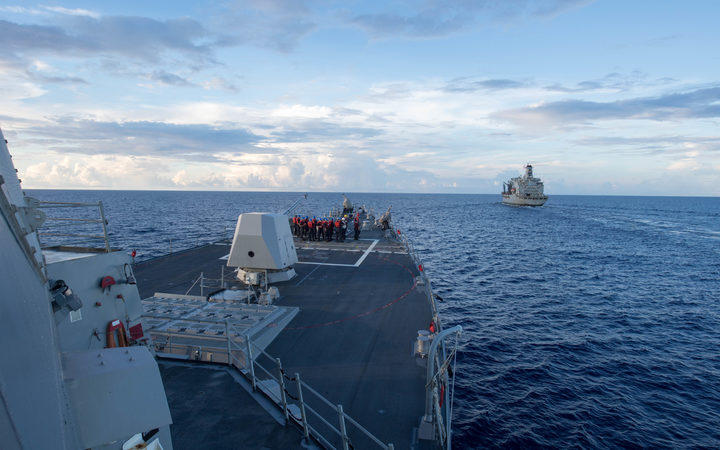 USS Dewey prepares for a replenishment-at-sea with USNS Pecos, right, in the South China Sea on 19 May. Photo: AFP

The operation near Mischief Reef on Thursday, Pacific time, among a string of islets, reefs and shoals over which China has disputes with its neighbours, was the boldest US challenge yet to Chinese island-building in the strategic waterway.

It drew an angry response from China, which President Donald Trump has tried to court in recent weeks to persuade it to take a tougher line on North Korea's nuclear and missile programs.

Analysts say previous US "freedom-of-navigation operations" in the Spratly archipelago involved "innocent passage," in which a warship effectively recognised a territorial sea by crossing it speedily, without stopping.

On Thursday, the destroyer USS Dewey conducted a "man overboard" exercise, specifically to show that its passage within 12 nautical miles was not innocent passage, US officials said.

"USS Dewey engaged in normal operations by conducting a manoeuvring drill inside 12 nautical miles of Mischief Reef," one official told Reuters, speaking on condition of anonymity.

"The ship's actions demonstrated that Mischief Reef is not entitled to its own territorial sea regardless of whether an artificial island has been built on top of it."

China claims nearly all of the South China Sea and Washington has criticised its construction of islands and build-up of military facilities there, concerned they could be used to restrict free movement and broaden Beijing's strategic reach. 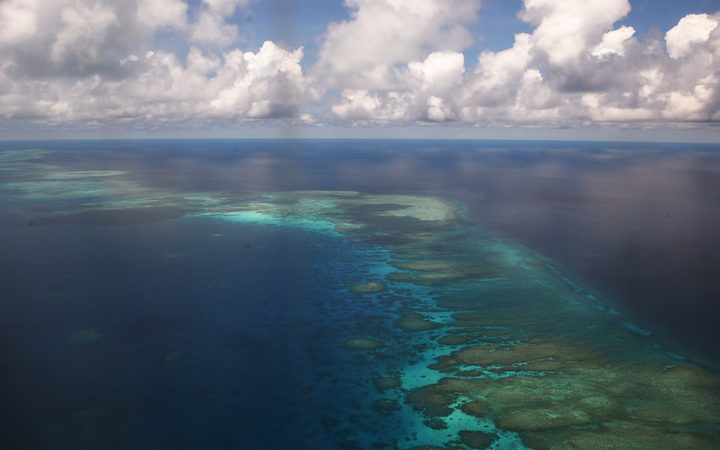 US allies and partners in the region had grown anxious as the Trump administration held off on carrying out South China Sea operations during its first few months in office.

Greg Poling of Washington's Center for Strategic and International Studies think tank said that under international law, Mischief Reef was not entitled to a territorial sea as it was underwater at high tide before it was built up by China.

"This was a statement to the Chinese," he said.

"The previous two freedom-of-navigation operations only challenged China's demand for prior notification for innocent passage through the territorial sea; this one asserted that there is no territorial sea at all."

Even so, this was the first freedom-of-navigation operation since October and since Mr Trump took office in January.

It comes ahead of a visit to Singapore next week by US Defence Secretary Jim Mattis to discuss security with regional counterparts.

Beijing said two Chinese guided-missile warships had warned the US vessel to leave the waters and that it had lodged "stern representations" with the United States.

Chinese defence ministry spokesman Ren Guoqiang told a monthly briefing the US side's "errant ways" have "caused damage to the improving situation in the South China Sea, and are not conducive to peace and stability".

He was referring to a recent of easing of tension between China and other claimants, in particular the Philippines.

He said such patrols were "very likely to cause unexpected sea and air accidents".

China's claims in the South China Sea, through which about $US5 trillion in ship-borne trade passes each year, are contested by Brunei, Malaysia, the Philippines, Taiwan and Vietnam.