A wave the height of a six-storey building in the Southern Ocean over the weekend could be the largest on record, and researchers expect their new buoy to record even bigger ones.

Watch the RNZN vessel HMNZS Otago sailing through 20m swells during a storm in the Southern Ocean in 2015:

The monster 19.4m-high wave was measured by a new high-tech buoy, owned by science consultancy MetOcean Solutions, positioned south of the South Island.

MetOcean oceanographer Tom Durrant said the storm that generated the wave was "not huge".

"So it was a big storm but not an unusually big storm," he said.

"These storms regularly sort of pulse around Antarctica - and in the Southern Ocean it's a fairly unique situation in that there's a large area of sea that's just unbroken by land that allows the waves to just build and build and build."

He said conditions in that area of the ocean were so extreme the waves would get bigger, and could exceed 25m. 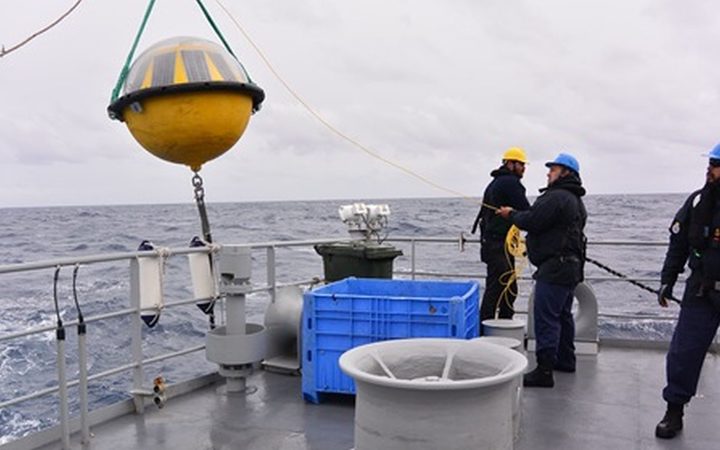 The Defence Force deploying the buoy in the Southern Ocean. Photo: NZDF

"Certainly a very big wave, but the conditions down there are so extreme we expect them to get bigger - the winter's just starting and as the winter storms start to build they'll only get bigger from here."

He said the buoy was partly solar-powered and transmitted its data by satellite, and there was a danger it could be lost.

"As the winter comes in and the sun starts to fade eventually it will stop transmitting - we're not sure when that'll happen."

MetOcean said it is the southern-most buoy in the world, and the data which was expected to help understanding of waves in the region, would be made freely available to the scientific community.