Arkansas plans to execute two more inmates just days after it was granted the power to do so again, after more than a decade-long legal battle. 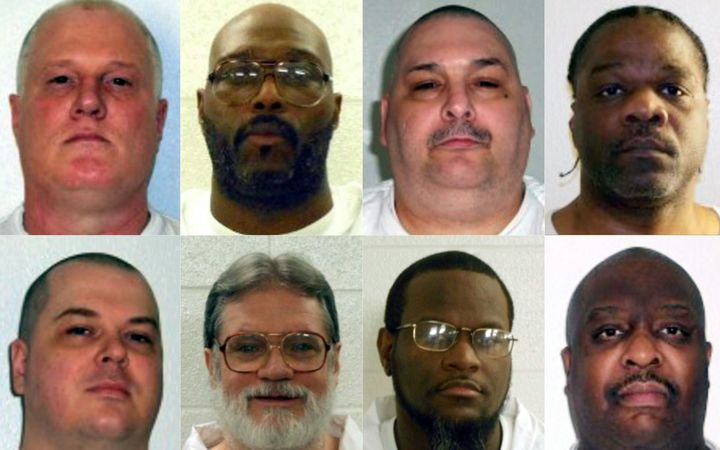 Late last week Arkansas executed its first inmate in 12 years after the Supreme Court cleared the way just 30 minutes before the warrant for it expired.

The man, Ledell Lee, was the first person in a group of what had been eight men Arkansas originally planned to execute in 11 days, the most of any state in as short a period since the death penalty was reinstated in 1976.

Courts have halted four of those executions.

Plans to execute two inmates on Monday evening (Arkansas time) would make it the first US state in 17 years to put a pair of convicts to death on the same day.

A flurry of last-minute legal appeals at both the state and federal level was expected.

Jack Jones, who was sentenced in 1996 for rape and attempted murder, was scheduled to be put to death at 7pm.

At 8.15pm, Marcel Williams, who was sentenced to death in 1997 for kidnapping, raping and murdering one woman and abducting and raping two other others, was also scheduled for execution.

The compressed schedule of the executions was prompted by the impending expiration date of supplies of a sedative used as part of the three-drug lethal injection process.

The schedule generated a wave of criticism and legal challenges, including a lawsuit from the company that makes one of the drugs. The company claimed that the state obtained its supplies under false pretences, but the court threw out that lawsuit last week.

The drug, midazolam, was employed in flawed executions in Oklahoma and Arizona, where witnesses said the inmates writhed in apparent pain on the gurney.

No problems were reported in Lee's execution on Thursday.