Afghanistan's president has declared a national day of mourning for scores of soldiers killed by Taliban fighters disguised as fellow soldiers. 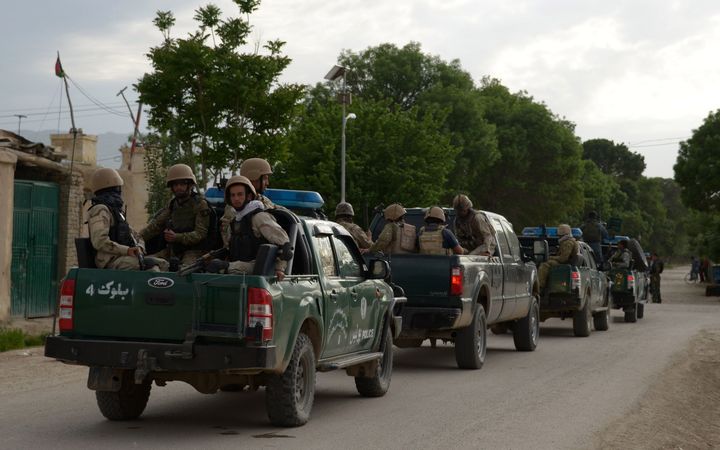 The army has rushed reinforcements to the base in Balkh province. Photo: AFP

More than 100 died or were injured in a Taliban attack on an Afghan army base near the northern city of Mazar-i-Sharif on Friday.

It's the deadliest attack of its kind on an Afghan base.

President Ashraf Ghani said the assault was contrary to all human values and Islamic teachings.

The attackers, dressed in Afghan army uniforms, tricked their way into the base and opened fire on soldiers eating and leaving a mosque after prayers.

The Taliban said in a statement they had carried out the attack, using suicide bombers to breach defences.

It said that the attack was retribution for the recent killing of several senior Taliban leaders in northern Afghanistan.

At least 10 Taliban militants were killed in the fighting and one attacker was detained.

US military spokesman John Thomas described the attack as a "significant" strike, but he praised the Afghan commandos for bringing the "atrocity to an end".

The base at Mazar-e-Sharif is home to the Afghan National Army's 209th Corps, responsible for providing security to most of northern Afghanistan, including Kunduz province - which has seen heavy recent fighting.

Several German and other foreign soldiers are reported to be garrisoned there.

Last month about 50 people were reported to have died when militants believed to be from the group known as Islamic State targeted patients and staff at a military hospital in Kabul with guns, grenades and knives.

Also in March the Taliban said they had captured the crucial south Afghan district of Sangin after a year-long battle.