It is "not enough" to accept civilians might have been killed during an SAS raid in Afghanistan and the government should try to confirm whether that happened, a former defence minister says. 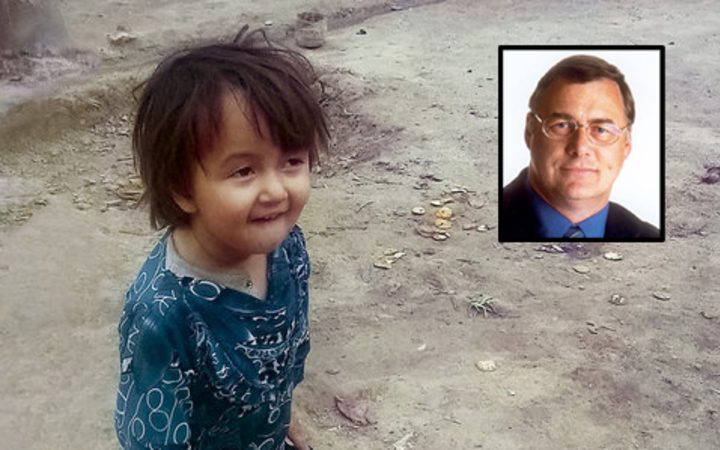 Wayne Mapp, top right, says the government should try to confirm whether or not Afghan civilians, including three-year-old Fatima, were killed in the SAS raid. Photo: Jon Stephenson / RNZ

Wayne Mapp, who was defence minister at the time of the 2010 raid, also raised the idea of considering compensation if civilian casualties were confirmed.

A new book, Hit & Run, claims six civilians were killed in a raid on two villages in 2010 and the Defence Force subsequently covered that fact up.

The Defence Force has disputed many of the book's claims but said an International Security Assistance Force (ISAF) investigation into Operation Burnham found it was possible civilians had been killed when rounds fired by a helicopter fell short and hit a building.

Chief of Defence Force Tim Keating said earlier this week he had not read the full ISAF report.

In a blog published on Pundit.co.nz today, Dr Mapp said it was "not enough to say there might have been civilian casualties".

"For New Zealand, is that the end of the matter? Do we hold ourselves to a higher standard?" he wrote.

"As a nation we owe it to ourselves to find out, to the extent reasonably possible, if civilian causalities did occur, and if they did, to properly acknowledge that."

However, that did not necessarily require a formal inquiry, as the book's authors and others had called for, Dr Mapp said.

"In fact we are most likely to get this sort of information through diplomatic approaches to the Afghan government, and trusted NGOs on the ground."

He also referred to compensation, saying that could be made without needing to assign blame or fault.

"It is part of Afghan culture that compensation is made in recognition of loss.This is a process of restorative justice, rather than determining liability."

In the blog, Dr Mapp said he had recommended the operation go ahead after being briefed.

"I knew that the operation had not achieved its stated aims of arresting or otherwise dealing with the people who had been identified as leading and organising Taliban operations against the PRT [Provincial Reconstruction Team]," he wrote.

"I knew this because I was formally briefed on that fact at the time. I also knew that other people had been killed.

"As I have said in interviews, these people were acting as insurgents, in effect acting as enemy combatants."

As previously reported, Dr Mapp said he became aware of the death of a three-year-old girl after seeing news reports.

"[Hit & Run co-author Jon] Stephenson also told me enough about what had happened for it to be believable that this could have occurred, even if it was not fully proven."

He said it was his belief the New Zealand soldiers acted with professionalism and honest intent.

"[But] part of protecting their reputation is also finding out what happened, particularly if there is an allegation that civilian casualties may have been accidentally caused."

"He's a private citizen, he's free to have an opinion, and as I understand it his opinions are based on the documentary, which was the initial presentation of the allegations that are in the book.

"So he doesn't have any different or more information that anyone else," Mr English said.