The final episode in the decades-long satirical Clarke and Dawe series has been released, following the sudden death of John Clarke earlier this month. 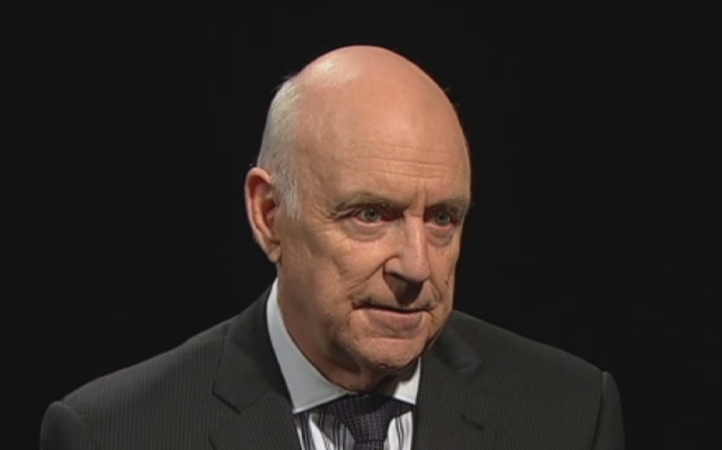 Clarke was a well-known and loved New Zealand satirist, comedian and writer whose career spanned decades.

He became famous in this country for the character he created in 1973, Fred Dagg, and he moved to Australia later that decade where he had a successful television career.

He died earlier this month while bushwalking in Victoria, and this previously unseen sketch was filmed just days that.

It has been released with the permission of Clarke's family and his long-time collaborator, Bryan Dawe.

Clarke always wrote two completely different scripts for the program each week, and he and Dawe would film both.

Clarke would then decide which episode would go to air.

"A neologism, Bryan, is simply a term, or a word, or a phrase which has come into the language fairly recently," Clarke said in the sketch.

"Is there a modern example?" Dawe asked.

Clarke replied: "A modern example from social media would be say something like Brangelina."

The ABC's Ben Knight, who began producing Clarke and Dawe this year, said the second taping each week would sometimes be a work in progress.

"John might work on a new idea which he would form over several weeks. It was like a first draft he would develop," he said.

Since his death, fellow actors, comedians and politicians have paid tribute to Clarke, hailing him as one of the best satirists Australia has ever seen.

Dawe spoke about the rhythm the pair had producing the weekly series.

"I could pick up his script and I knew where all the beats were," he said last week.