Sarin gas or a similar substance was used in the chemical weapons attack on Khan Sheikhoun in Syria this month, according to "incontrovertible" results from the Organisation for the Prohibition of Chemical Weapons (OPCW). 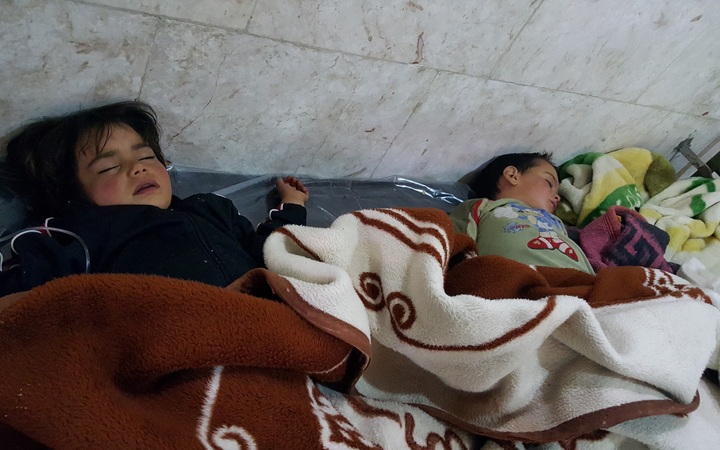 The attack on the rebel-held town killed at least 87 people.

Its ally Russia, meanwhile, said an air strike hit a rebel depot full of chemical munitions - but this suggestion has been widely rejected.

The US responded to the attack by launching air strikes on a Syrian military airfield.

Footage following the incident showed civilians, many of them children, choking and foaming at the mouth.

Mr Uzumcu said samples taken from three people who died in the attack were analysed at two OPCW designated laboratories.

Another set of samples from seven people being treated in hospitals were also analysed in two other laboratories.

"The results of these analyses from four OPCW-designated laboratories indicate exposure to sarin or a sarin-like substance. While further details of the laboratory analyses will follow, the analytical results already obtained are incontrovertible," Mr Uzumcu said.

An OPCW fact-finding mission was ready to deploy to the town if the security situation meant it was possible, he said.

The team was continuing to conduct interviews and collect samples, he added.

The UN said sarin had been used in that attack, which killed hundreds of people in the Ghouta agricultural belt to the west and east of the capital.