Police in Cleveland are searching for a man who broadcast the fatal shooting of a "random" victim live on Facebook. 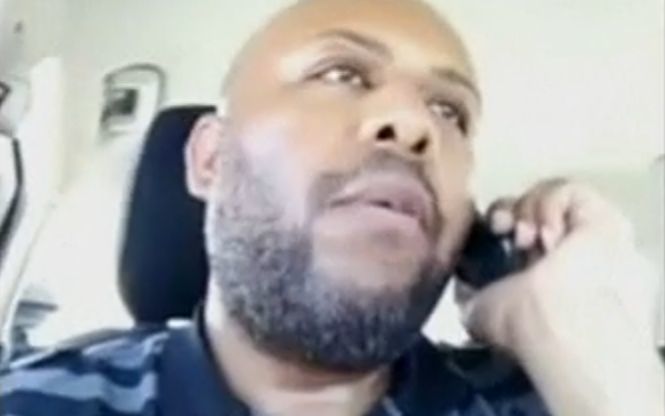 The victim has been identified by Cleveland police as 74-year-old Robert Godwin.

Mr Williams said Godwin appeared to have been selected at random in what he described as a "senseless" murder.

The suspect, Steve Stephens, said in a later video post he had killed 13 people and was looking to kill more. Cleveland police chief Calvin Williams confirmed one killing but said they did not know of any other victims.

Mr Williams said "multiple forces" were looking for Mr Stephens, who "needs to turn himself in".

"There is no need for any further bloodshed in this incident tonight," police chief Calvin Williams said at a news conference on Sunday.

"We need to bring this to a conclusion today," he said, adding: "We need to get Steve from the streets."

Mr Williams said authorities had put out alerts in the state of Ohio and beyond over the incident, and urged people not to approach the suspect, who he said was likely to remain armed and dangerous.

He added that Mr Stephens "clearly has a problem" and urged him to come forward in order to "receive the help that he needs".

CNN reported the FBI was working with local police to investigate the incident.

Cleveland mayor Frank Jackson said he wanted Mr Stephens to know "he will eventually be caught".

It is not the first time that a fatal shooting has been captured on Facebook Live. Last June, a man was shot dead while live-streaming a video of himself on the streets of Chicago. In March, an unidentified man was shot 16 times while broadcasting live.

Facebook's live-streaming feature allows anyone to broadcast online in real time. It was launched in 2010 but has become more central to the social network's strategy in recent months.