Donald Trump has signed an executive order to overturn key parts of the Obama administration's plan to tackle global warming. 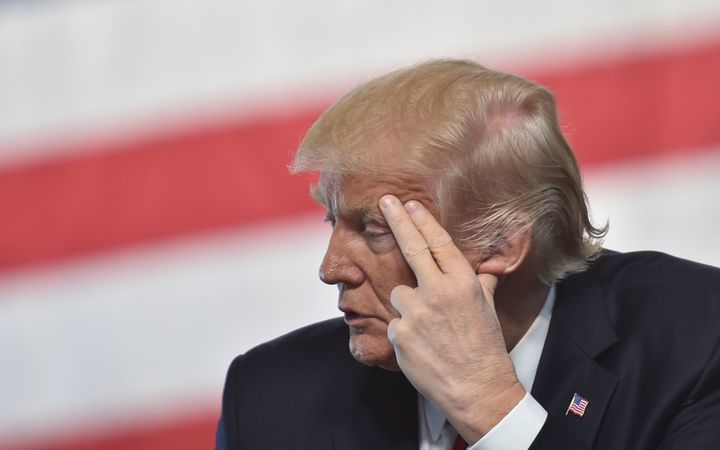 Regulations on oil, gas and coal production are to be reviewed. There will be new, less restrictive rules on methane emissions from the oil and industry and more freedom to sell coal leases from federal lands.

"My administration is putting an end to the war on coal," Mr Trump said. "With today's executive action I am taking historic steps to lift the restrictions on American energy, to reverse government intrusion and to cancel job-killing regulations."

The US president had previously promised to remove green rules which he said hurt the economy.

The White House said the new measures would "help keep energy and electricity affordable, reliable and clean in order to boost economic growth and job creation".

But environmental groups warn that they will have serious consequences at home and abroad.

The Clean Power Plan sought to limit greenhouse gas emissions at coal-fired power plants to meet US commitments under the Paris accord.

The regulation has been unpopular in Republican-run states, where it has been subjected to legal challenges - especially from businesses that rely on burning oil, coal and gas.

Last year the Supreme Court temporarily halted the plan, while the challenges are heard.

The Trump administration says scrapping the plan will put people to work and reduce America's reliance on imported fuel.

The president also intends to slash funding of the Environmental Protection Agency by a third. He recently appointed climate change sceptic Scott Pruitt as its new head.

During the presidential election campaign, Mr Trump vowed to pull the US out of the Paris climate deal agreed in December 2015.

The landmark agreement commits governments to moving their economies away from fossil fuels and reducing carbon emissions to try to contain global temperature rise.

Mr Trump has in the past said climate change had been "created by and for the Chinese".

But at the end of last year, he acknowledged that there was "some connectivity" between human activity and climate change.

It is now unclear where exactly the US stands in relation to the deal.

Whatever the US chooses, the EU, India and China say they will stick to their pledges made in Paris.