Twelve people, including two children, have been killed in a landslide in Bali. 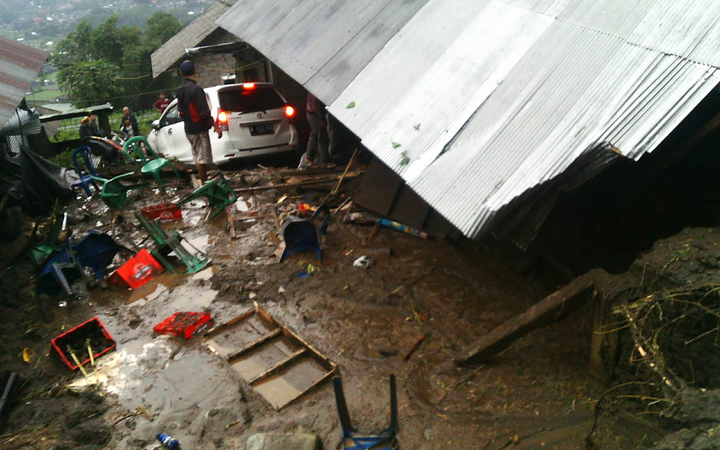 Villagers attempt to salvage their belongings from a house damaged in the landslide. Photo: AFP / National Disaster Agency

The landslide hit several villages in the Kintamani area on Friday (NZT).

A national disaster agency spokesman said it was caused by sustained torrential rain.

The victims include a seven-year-old girl and a one-year-old boy, as well their mother.

Red Cross aid workers, the military and police are searching for survivors.

National Disaster Agency spokesman Sutopo Purwo Nugroho warned of more heavy rains in Bali as well as landslides and floods in a statement, after more than 145mm fell on Thursday.

Members of two families were among those killed in Songan village, and two people were severely injured. Five homes were also destroyed.

Landslides are common in Indonesia during the monsoon season, but are relatively rare in Bali.

Environmentalists have blamed the landslides on deforestation and poor urban planning. Indonesia has one of the fastest rates of deforestation in the world.