A major international conference to try to kick-start peace talks between Israel and the Palestinians is being held in the French capital, Paris. 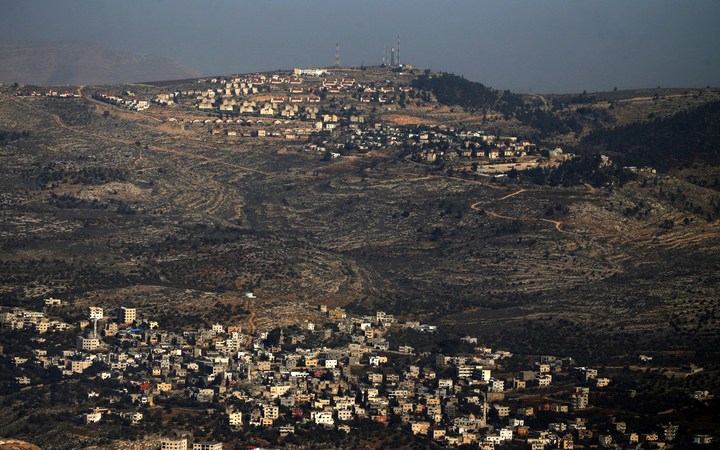 Delegates from 70 nations are expected to reaffirm support for a two-state solution to the decades-old conflict.

Palestinians have welcomed the meeting but Israel - who is not attending - said the conference was loaded against it.

The last round of direct peace talks collapsed amid acrimony in April 2014.

Israel and the Palestinians have been invited to hear the conclusions of the meeting, but not to participate in the summit itself.

It comes at a time of tension between Israel and the international community after the UN passed a resolution last month denouncing Israel's settlement activity on occupied land.

Israel accused the Obama administration of engineering the motion and enabling it to pass by refraining from using its power of veto in the UN Security Council.

The White House denied colluding to get the resolution passed.

Reports said a draft statement for the meeting calls on Israel and the Palestinians "to officially restate their commitment to the two-state solution" and avoid taking "unilateral steps that prejudge the outcome of final status negotiations".

A "two-state solution" of a Palestinian country alongside Israel has long been endorsed by both sides, but there are sharply divergent visions as to the type of state which should emerge.

Israel rejects international involvement in the peace process, saying a settlement can only come through direct talks.

Israeli Prime Minister Benjamin Netanyahu called the Paris meeting "a rigged conference" which Israel would not be bound by.

"[It's] rigged by the Palestinians with French auspices to adopt additional anti-Israel stances," he said on Thursday. "This pushes peace backwards."

The US state department said Secretary of State John Kerry would be at the meeting to ensure "whatever happens in this conference is constructive and balanced".

Spokesman Mark Toner said the the US did not "want to see anything that attempts to impose a solution on Israel".

Israel is concerned that the conference might set the terms for a final agreement and seek to get it adopted at the UN - a move it feels would undermine future negotiations.

Palestinians fiercely object to Israeli settlement activity in the occupied West Bank and East Jerusalem, territory it wants for a future state.

The settlements, home to about 600,000 Israelis, are considered illegal under international law, though Israel disputes this.

Israel says Palestinian incitement and violence, and a refusal to accept Israel as a Jewish state, are key obstacles to peace.

Other core issues include the future status of Jerusalem and the fate of millions of Palestinian refugees.