The top US intelligence official has told Congress he was "even more resolute" in his belief that Russia staged cyber attacks on Democrats in the 2016 election campaign. 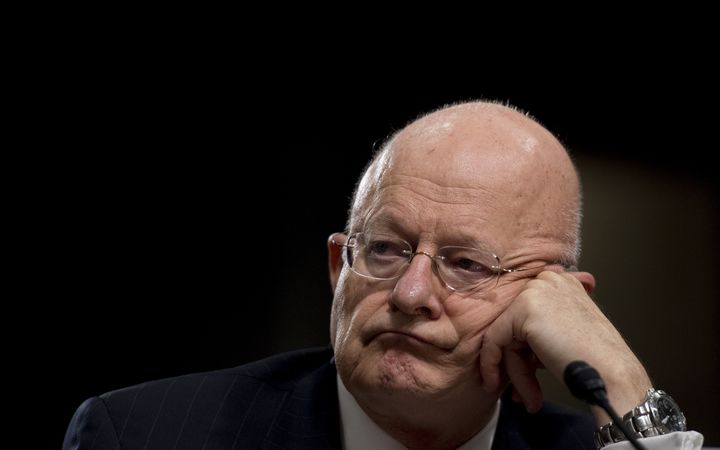 Director of National Intelligence James Clapper has rebuked persistent skepticism from Republican President-elect Donald Trump about whether Moscow was involved.

Mr Clapper said he had a very high level of confidence that Russia hacked Democratic Party institutions and operatives, as well as disseminating propaganda and fake news aimed at the November presidential election.

"Our assessment now is even more resolute than it was" in October, when the government first publicly accused Russia, Mr Clapper told a hearing of the Senate Armed Services Committee.

He said a motive for the attack would be made public next week.

Although Mr Trump called himself a "big fan" of intelligence agencies, he is heading for a conflict over the issue, because he has cast doubt on their assessments that Russia targeted the election.

Lawmakers from both parties are wary of Moscow and distrust Mr Trump's praise of Russian President Vladimir Putin and efforts to heal the rift between the United States and Russia.

Thursday's hearing, overseen by Republican Senator John McCain, a leading Russia critic in Congress, was the first in a promised series of hearings into allegations that Russia tried to disrupt or influence the US campaign, one of the most bitter in recent history.

Democrats and Republicans on Thursday called for more economic sanctions and other action against Russia.

Mr Trump will be briefed by intelligence agency chiefs on Friday on hacks that targeted the Democratic Party in the run-up to the election, which the New York businessman surprisingly won against former secretary of state Hillary Clinton.

"I don't think we've ever encountered a more aggressive or direct campaign to interfere in our election process than we've seen in this case," said Mr Clapper, who will leave when Mr Trump becomes president on 20 January.

Mr Clapper stopped short of declaring Russia's actions "an act of war," saying that determination was beyond the scope of his office.

Mr Clapper did not say what made him confident that Russia was behind the cyber attacks, but that conclusion was shared by US intelligence agencies, such as the CIA and several private cyber security firms. 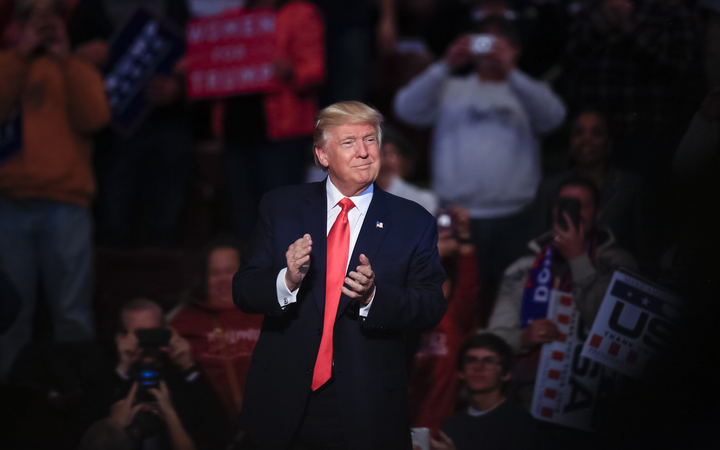 US President-elect Donald Trump says he is a "big fan" of the US intelligence services, despite frequent criticisms on Twitter. Photo: AFP

In a tweet on Wednesday, Mr Trump was skeptical about a Russian role in the affair, writing: "(WikiLeaks founder) Julian Assange said 'a 14 year old could have hacked Podesta' - why was DNC so careless? Also said the Russians did not give him the info!"

However, on Thursday, Mr Trump said in another post on Twitter that he was not against intelligence agencies or in agreement with Mr Assange, whose organisation leaked Democrats' emails.

Mr Clapper said Mr Assange had put American lives in danger and deserved no credibility, a conclusion that Senator McCain said he supported.

Documents stolen from the DNC and Clinton's campaign chairman John Podesta were leaked to the media before the election, embarrassing the campaign.

US intelligence officials have said Russian cyber attacks were specifically aimed at helping Mr Trump beat Mrs Clinton. Several Republicans have acknowledged the Russian hacking but have not linked it to an effort to help Mr Trump win.

Mr Trump and top advisers believe Democrats are trying to delegitimize his election victory by accusing Russia of helping him. Mr Clapper said the hacking did not change any vote tallies.

"This is very serious," Mr Kaine said. "It is my hope that this congress is willing to stand in a bipartisan way for the integrity of the electoral process."

"I think what Obama did was throw a pebble. I'm ready to throw a rock," Mr Graham said, adding later: "Putin is up to no good and he better be stopped."

They described Moscow as a major threat to a wide range of US interests because of its "highly-advanced offensive cyber program" and sophisticated capabilities.

An unclassified version of the intelligence review of Russian interference in the election will be made public early next week and will assign a motive for the attacks, Mr Clapper said. The report was delivered to Mr Obama on Thursday.