China will slap a total ban on the domestic ivory trade within a year, its government has announced, shutting the door to the world's biggest end-market for poached ivory. 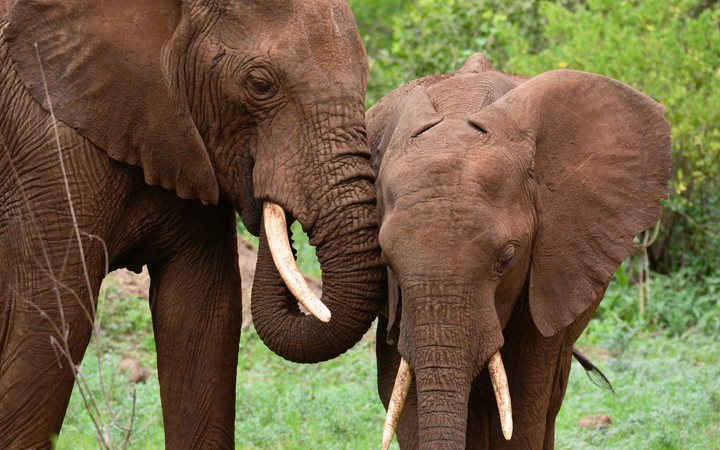 About 415,000 African elephants remain today, down from 3-5 million in the early 20th centuary, according to WWF. Photo: Biosphoto / AFP

The State Council said in a notice a complete ban would be enforced by 31 December, 2017. A first batch of factories and shops will need to close and hand in their licences by 31 March.

Conservation groups applauded the ban, with WildAid's wildlife campaigner Alex Hofford calling it "the biggest and best conservation news of 2016".

Environmentalists say poached ivory can be disguised as legal as long as trade is allowed in licensed outlets on the high street and online.

Poaching is a major factor contributing to the rapid decline in the numbers of African elephants, with about 20,000 slaughtered every year, according to the World Wide Fund For Nature (WWF).

It says about 415,000 African elephants remain today, compared with 3-5 million in the early 20th century. The animal is officially listed as a vulnerable species.

People with ivory products previously obtained through legal means can apply for certification and continue to display them in exhibitions and museums, the government announcement said.

The auction of legally obtained ivory antiques, under "strict supervision", will also be allowed after obtaining authorisation. The government will also crack down on law enforcement and boost education, it added.

"A ban clearly requires strong enforcement and support from the government to be most effective. But together with China's announcement, now that three of the world's largest domestic ivory markets, that is China, Hong Kong and the US, are being phased out," Ms Lo said in a statement.

The United States enacted a near-total ban on commercial trade in ivory from African elephants in June.

Campaigners are urging the Hong Kong government to speed up its plan of phasing out the local ivory trade by the end of 2021.

The former British colony, now Chinese-ruled but governed by different laws under a "one country, two systems" arrangement, allows trade of "pre-convention ivory", or ivory products acquired before 1975.

The financial centre also remains an important transit and consumption hub for illegal ivory to China and the rest of Asia.

Chinese ivory traders have also tried to pre-empt the move, WildAid's Mr Hofford said, with some carvers setting up shops in Laos and Myanmar and other traders moving their products "offshore" to places such as Hong Kong.