A pro-regime MP for Aleppo, Fares Shehabi, is defending the Syrian government's approach to tackling terrorism within the country. 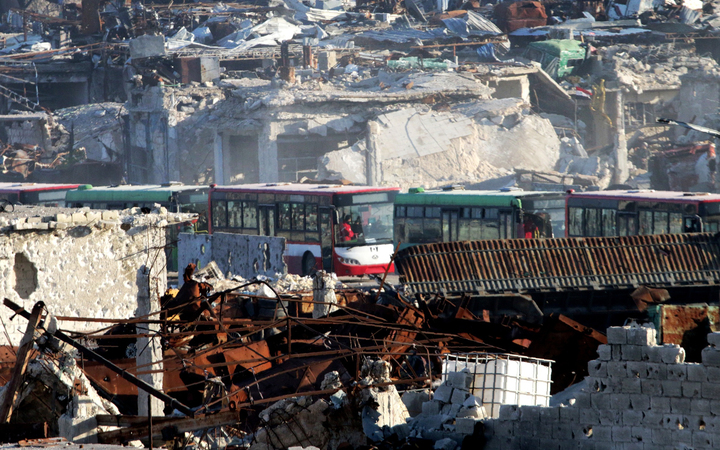 Buses drive through the Syrian government-controlled crossing of Ramoussa, on the southern outskirts of Aleppo, during an evacuation operation of rebel fighters and civilians from rebel-held areas. Photo: AFP

Government forces are hoping to soon take full control of the besieged city, following evacuations from the last rebel enclave in the east over the past few days.

But a United Nations official said Aleppo evacuations are "still ongoing" and cannot confirm the last of the fighters have left. 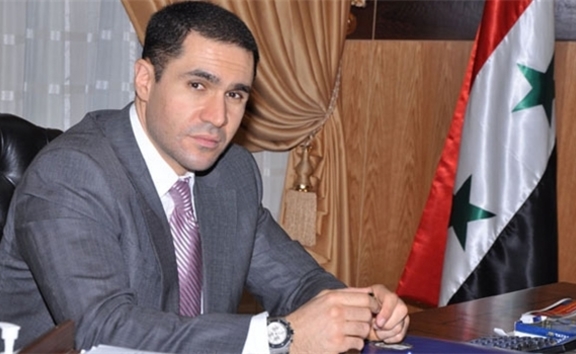 People had been waiting in freezing temperatures since the evacuation hit problems earlier in the week, when dozens of buses were stuck in Aleppo and the evacuation of the two Shi'ite villages, al-Foua and Kefraya, also stalled.

Charity Save the Children said heavy snow was hampering aid efforts, but Aleppo MP Fares Shehabi told Morning Report that aid was being delivered on a daily basis.

Aleppo's rebel zone is a wasteland of flattened buildings, concrete rubble and bullet-pocked walls, where tens of thousands lived until recent days under intense bombardment even after medical and rescue services had collapsed.

Mr Shehabi said fighter jets have only been used on terrorist-held areas.

"We allowed the civilians to leave. We opened safety corridors for them to leave. And then we targeted the remaining Al-Qaeda networks in eastern Aleppo," he said.

He rejected any reports from NATO-based media, saying they were biased and not credible.

"We do surgical operations and if we have done bombardment like they try to show us on TV we would have liberated eastern Aleppo three or four years ago," Mr Shehabi said. 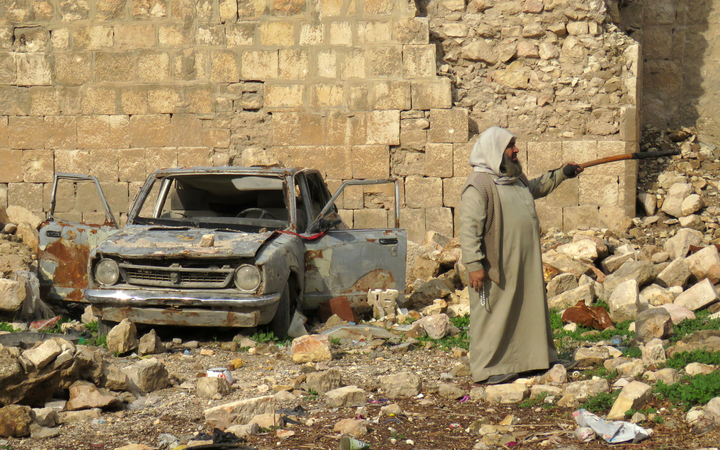 A Syrian man points at the destruction in the market in the government-held old city of Aleppo. Photo: AFP

"No one can teach us how to liberate our own people. The damage and the bombardment took place in 2012 when they conquered our city and they bombed all historical sites in our city including my own offices through explosive tunnels."