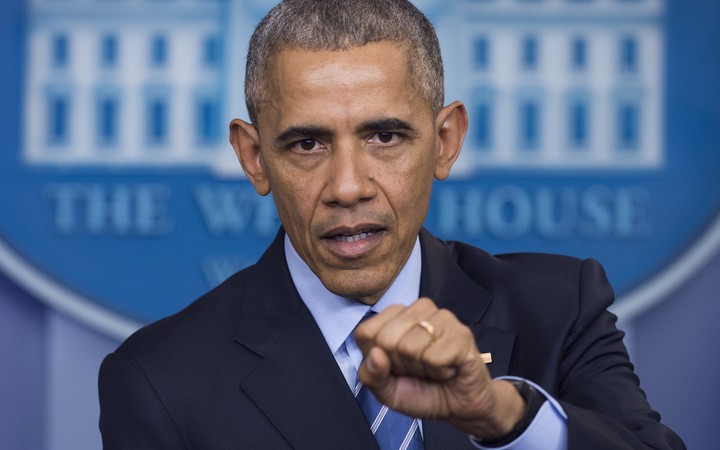 Barack Obama, pictured, will be replaced by Donald Trump on 20 January. Photo: AFP

Mr Obama designated areas in the Arctic and Atlantic oceans as "indefinitely off limits" to future leasing.

The move is widely seen as an attempt to protect the region before Mr Obama leaves office in January.

Supporters of President-elect Donald Trump could find it difficult to reverse the decision.

Canada also committed to a similar measure in its own Arctic waters, in a joint announcement with Washington.

The White House said the decision was for "a strong, sustainable and viable Arctic economy and ecosystem." It cited native cultural needs, wildlife concerns, and the "vulnerability" of the region to oil spills as some of the reasons for the ban.

But while Canada will review the move every five years, the White House insists Mr Obama's declaration is permanent.

The decision relies on a 1953 law which allows the president to ban leasing of offshore resources indefinitely.

During the election campaign, Mr Trump said he would take advantage of existing US oil reserves, prompting concern from environmental groups.

But supporters have already suggested that any attempt to reverse the "permanent" decision outlined by the law would be open to a legal challenge. 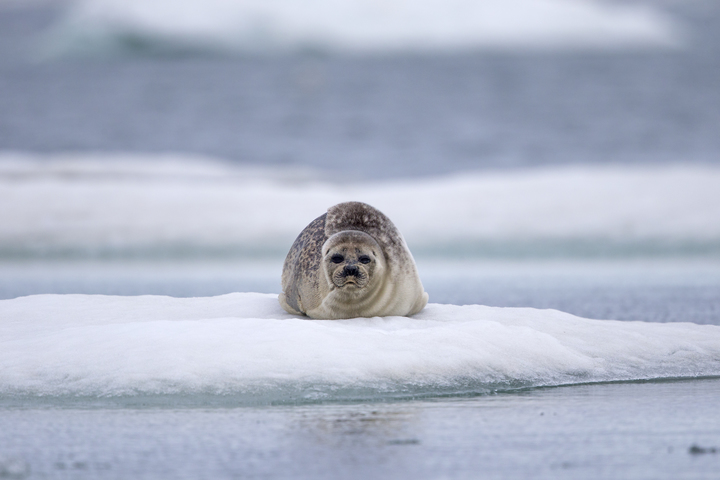 Reacting to the Arctic declaration, Friends of the Earth said: "No president has ever rescinded a previous president's permanent withdrawal of offshore areas from oil and gas development.

"If Donald Trump tries to reverse President Obama's withdrawals, he will find himself in court."

However, the American Petroleum Institute said "there is no such thing as a permanent ban", and that it hoped Mr Trump's administration would simply reverse the decision.

Mr Trump has also raised fears among some environmental campaigners through his choices for senior White House roles.

Rex Tillerson, chief of oil company Exxon Mobil, has been named his secretary of state. His energy secretary, Rick Perry, has previously called for less regulation of the oil industry in his role as governor of Texas.

Very little oil drilling currently takes place in the Arctic region, as it is more expensive and difficult than other available options.