A 5.8-magnitude earthquake on Ecuador's Pacific coast killed at least two people and injured 15 others.

The country's geological institute recorded the quake off the coast of Atacames in Esmeraldas province, northwest of Quito, the capital. 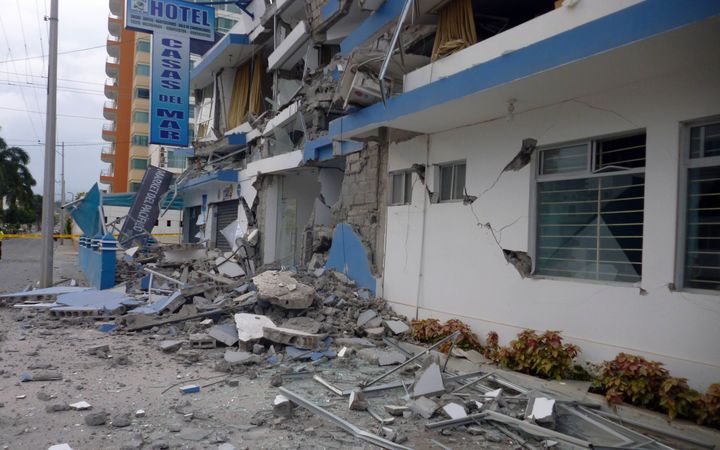 Houses and hotels in Esmeraldas province were damaged by the earthquake. Photo: AFP

One of those who died was a 75-year-old woman who suffered a heart attack, officials said. There were no immediate details on the second person killed.

Authorities said three hotels in the area, a popular tourist destination, were destroyed, and other buildings sustained substantial damage in the earthquake on Monday.

Earlier this year the area was devastated by a 7.8-magnitude quake that killed about 670 people, displaced thousands and caused millions of dollars in damage.

Mr Merizalde said refinery infrastructure would be checked over and that the stoppage would last about two days. 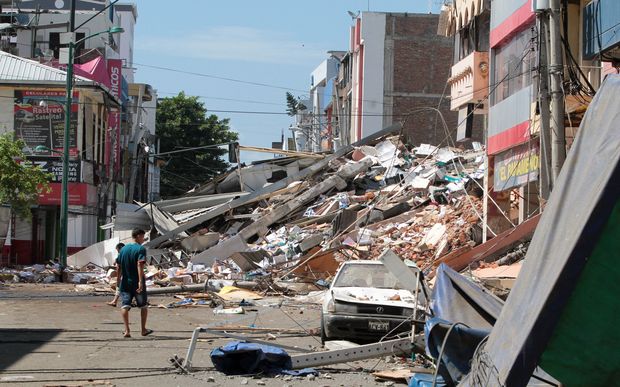