A week after Ecuador's devastating earthquake, President Rafael Correa has said the number of fatalities has risen to 646. 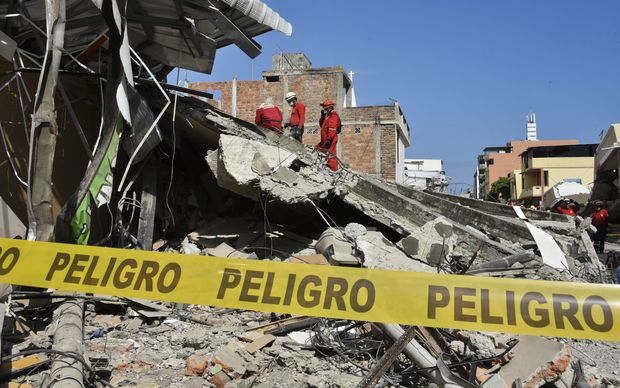 Mr Correa said that another 130 people were still missing.

He announced eight days of national mourning for the victims of the worst tragedy to hit the South American nation in decades.

The 7.8 magnitude quake struck off the Ecuadorean coast on 16 April, injuring thousands and destroying many towns.

"These have been sad days for the homeland. The country is in crisis," Mr Correa said on his weekly Saturday television broadcast.

Mr Correa praised the 27 countries who sent rescue teams over the past week and said that 113 people had been rescued alive from the rubble.

"This is an amazing figure, which made all this effort worthwhile," he added.

Mr Correa also announced that "in the next few hours" he would sign a decree declaring eight days of national mourning.

"It has been a national tragedy, but we will recover." 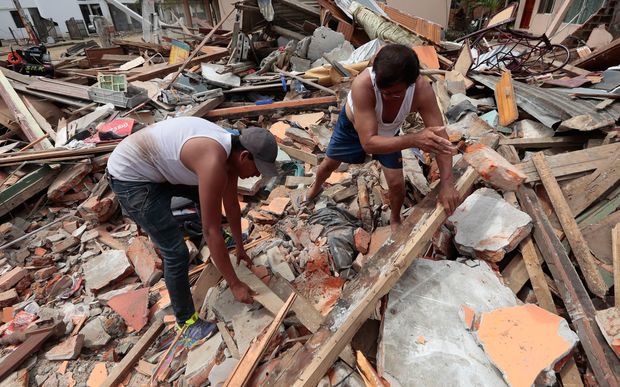 Rescuers and residents search for victims in Jama, in the Ecuadorean coastal province of Manabi. Photo: AFP

More than 12,000 people were treated over the past week across the country for injuries caused by the earthquake.

Foreign nationals from the UK, Ireland, Canada, Colombia, Cuba and the Dominican Republic have been confirmed among the dead.

Major international and aid organisations, including the World Food Programme, the United Nations refugee agency (UNHCR), Oxfam and Save the Children have sent help.

The cost of rebuilding could be up to $NZ4.3 billion, Mr Correa said during a visit to the worst-affected region.

The World Bank has agreed to lend $219 million to help Ecuador cope with the financial costs of the quake.

The tragedy comes at a time when the oil-producing country is already reeling from the slump in global crude prices.

The US Geological Survey said the earthquake had struck at a fairly shallow depth of 19.2km, about 27km from Muisne in a sparsely populated area.