French president Francois Hollande will not seek a second term in next year's presidential election, a surprise move that clears the way for an alternative left-wing candidate.

It is the first time since France's fifth Republic was created in 1958 that an incumbent has not sought re-election. 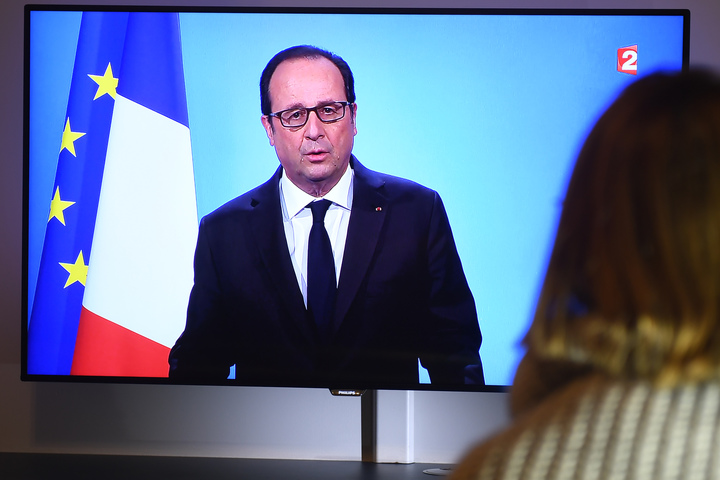 A person watches Francois Hollande's televised announcement that he will not seek a second term. Photo: AFP

Mr Hollande is the most unpopular president in French polling history, a fact he tacitly acknowledged in a speech from the Elysee Palace.

"I am aware today of the risk that going down a route that would not gather sufficient support would entail, so I have decided not to be a candidate in the presidential election," he said in his televised address.

Recent polls have predicted that neither Mr Hollande nor any other Socialist candidate would make it past the first round of the election next spring.

After Britain's Brexit vote and the election of Donald Trump as US president, the contest will be another key test of strength between mainstream politicians and a charismatic populist.

The surveys suggest the battle for president may be between centre-right candidate Francois Fillon and the leader of the far-right National Front, Marine Le Pen.

The Left is deeply divided as it approaches the two-round presidential election on 23 April and 7 May.

There has been tension between Mr Hollande and his prime minister Manuel Valls, who raised the possibility in a weekend interview that he could be a candidate in the election. His staff said he would not comment on the president's announcement.

Several other Socialists, including former economy minister Arnaud Montebourg, have said they will take part in the party's primaries in January.

Another of Mr Hollande's ex-ministers, Emmanuel Macron, and leftist Jean-Luc Melenchon have said they will run in the presidential election but without taking part in the primaries.

Francois Fillon, who on Sunday became the centre-right candidate for the presidential election, said Mr Holland had been "lucid" about what he called "his clear failure". "Those five years (of the Hollande mandate) end in political shambles and decay," he said in a statement. 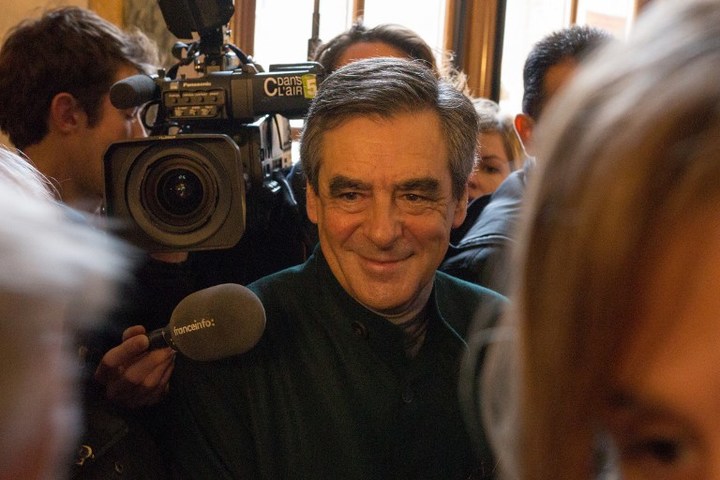 Francois Fillon is the centre-right candidate for the presidential election. Photo: AFP

Francois Hollande beat conservative incumbent Nicolas Sarkozy in an election in May 2012 after campaign in which he targeted big business and pledged to raise taxes for high earners.

But his popularity soon began to decline with a perceived lack of leadership and flip-flops on key issues, particularly tax reform, which dismayed many on the left. His popularity has been undermined by stubbornly high unemployment and anaemic economic growth.

Grassroots supporters were further alienated by a pro-business switch in 2014, a wavering over security reforms, and by labour laws that brought thousands out onto the streets in protests early this year.

The president's image was also hit by a series of communication mis-steps, including a very public split with his ex-partner Valerie Trierweiler and pictures of him going to visit his new partner on a scooter.

The last straw for some of his closest supporters was the publication of a book by two Le Monde journalists in October. In interviews with them, Mr Hollande criticised several of his allies and others from judges to footballers, in comments that were widely criticised as indiscreet and ill-befitting a president. He also disclosed that French secret services had carried out four targeted killings on his orders.