The American news broadcaster said it had been told of the potential appointment by an aide to Mrs Palin as well as a top Trump transition official. 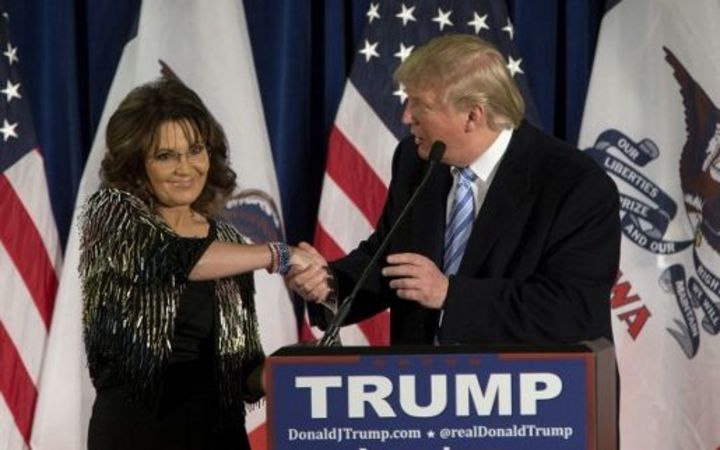 Mrs Palin, the Republican Party's vice presidential candidate in 2008, was an early supporter of Mr Trump, encouraging voters to "stump for Trump".

She told her supporters to back Mr Trump over Democrat Hillary Clinton because of his stance toward the Islamic State group, known as Isis. She said he was someone who was ready to let US troops "Kick Isis' ass".

The video included a speech in which she said, "While Christians bow our heads to pray for you, radical Islamists want to cut off your head. The only thing standing between us and savages, it's the red white and blue, it's the United States military! And if you love freedom, thank a vet! Thank them. Honour them."

"No doubt, divine providence played a huge role in this election," she said on a Breitbart News Daily podcast.

I will boldly proclaim that. I saw it first hand. I was there on the campaign trail. I saw how things were changing. I saw more and more people's eyes open, and I think so much of that was based on the church in general, those people of faith who were praying to God that people would wake up."

Mrs Palin, a supporter of the Tea Party Movement, was just two years into her Alaskan governorship when she was picked by John McCain to be his running mate for the 2008 election.

She was widely scrutinised and became a divisive figure, garnering both loyal supporters and strident critics.

Mr Palin resigned as Aalaska governor in 2009 and has since forged a lucrative career as a writer and political commentator.