US President-elect Donald Trump has attacked Hillary Clinton over her campaign's support for a recount of votes in the state of Wisconsin.

Mr Trump reminded his Democratic rival that she had already conceded, and published remarks from the presidential debates in which she had urged an acceptance of the poll results.

Mrs Clinton had urged the acceptance of poll results after Mr Trump had suggested he would not accept them if he lost the election. 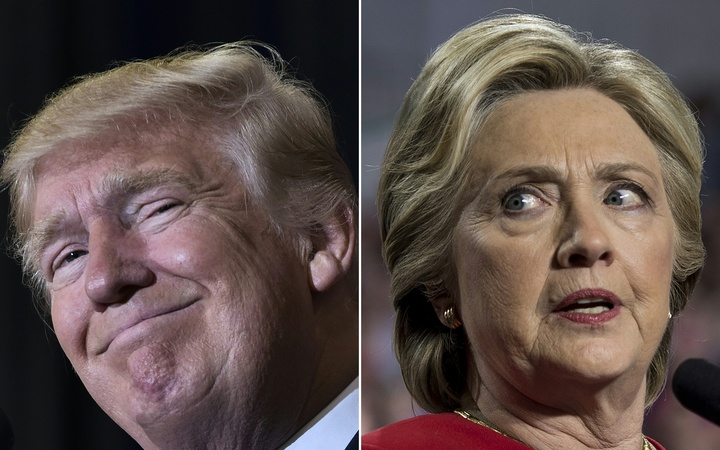 The recount in Wisconsin was initiated by Green Party candidate Jill Stein.

The state was narrowly won by Mr Trump.

The Green Party nominee reportedly wants to be sure computer hackers did not skew the poll in favour of Mr Trump.

Concerns over possible Russian interference had been expressed in the run-up to the vote.

The US government has said Russian state actors were behind hacks on the Democratic National Committee, a claim denied by Moscow.

Results would need to be overturned in Wisconsin, Michigan and Pennsylvania to alter the outcome of the 8 November presidential election - something analysts say is highly unlikely.

Democratic candidate Hillary Clinton's campaign has said it will participate in Wisconsin's recount.

Her campaign's general counsel, Marc Elias, said there was no evidence to conclude the election had been sabotaged, but "we have an obligation to the more than 64 million Americans who cast ballots for Hillary Clinton to participate in ongoing proceedings to ensure that an accurate vote count will be reported".

"So much time and money will be spent - same result!" he said. 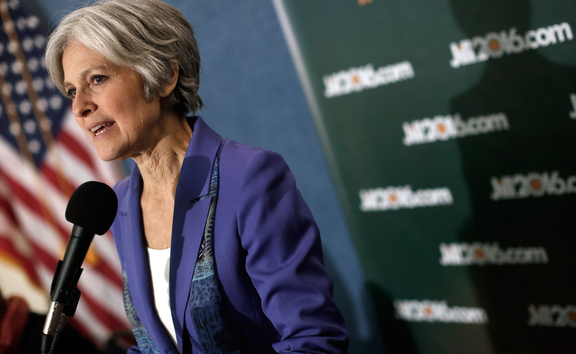 Jill Stein says $US6 million has been raised toward the recount. Photo: AFP

He had earlier accused Dr Stein of trying to "fill her coffers with money" on the pretext of asking for donations towards a recount.

Her website says more than $US6 million has already been raised toward a $US7m target. It says this is enough to fund the recounts in Wisconsin, Pennsylvania and Michigan.

The deadline for the petition for the recount in Wisconsin was Friday, while Pennsylvania's deadline is Monday, and Michigan's is Wednesday.

Michigan is yet to declare its final results.