Indian police are investigating cases of alleged baby-trafficking at a hospital in the eastern state of West Bengal, after infants were discovered in cardboard biscuit boxes.

Thirteen arrests were made after police found two three-day-old babies during a raid on the hospital in Baduria, 80km from Kolkata.

A six-day-old baby was found separately in a room. 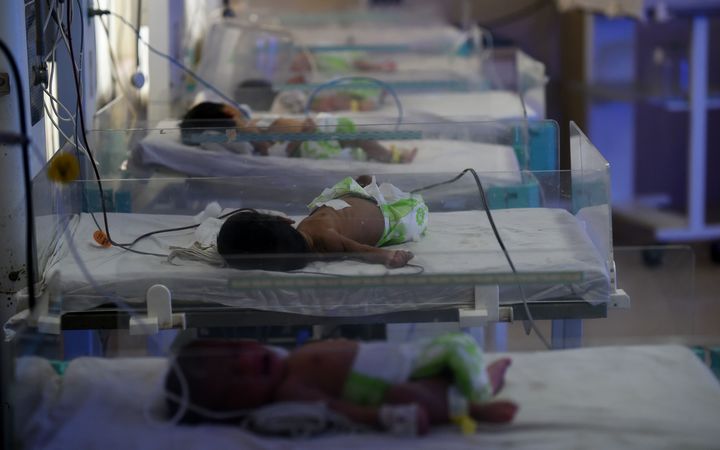 The hospital allegedly targetted single mothers looking to abort their pregnancies and offered to buy their babies. Photo: AFP

Police told the BBC the babies were sold to childless couples.

Senior police official BL Meena said that the hospital largely appeared to target single mothers looking to abort their pregnancies by offering to buy their babies off them. 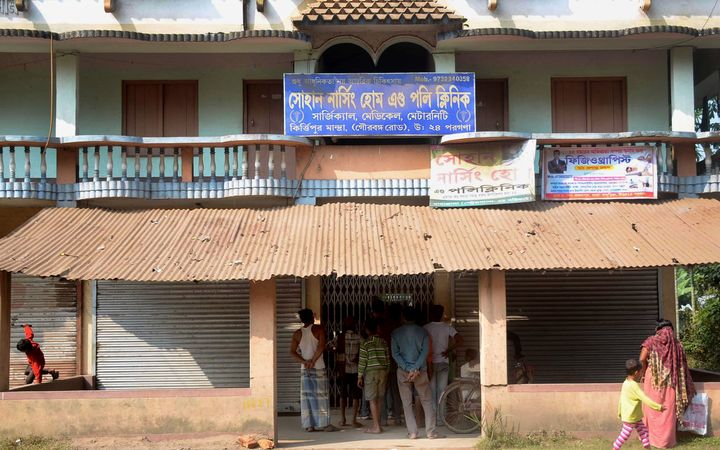 The Sohan Nursing Home and Poly Clinic in Baduria, which is at the centre of baby-trafficking allegations. Photo: AFP

But he said that in some cases babies were being stolen from poor women who had just given birth. The mothers were then told their babies had died during childbirth.

"When these women asked to see their dead babies they were advised against it, and so many returned home without seeing them. If they insisted, they were bribed to keep quiet," Mr Meena said.

Police believe that more than 30 children were sold over a two-year period to families in the capital Delhi, the south Indian city of Chennai and also to couples overseas including the UK.

They are trying to trace the children and their parents.

The owner and several staff members of the hospital are among those arrested. Police say they expect to make more arrests in the next few days.