President-elect Donald Trump has named South Carolina Governor Nikki Haley as US ambassador to the UN, praising his former critic as "a proven dealmaker".

She is the first non-white female cabinet-level official appointed to the incoming Trump administration. 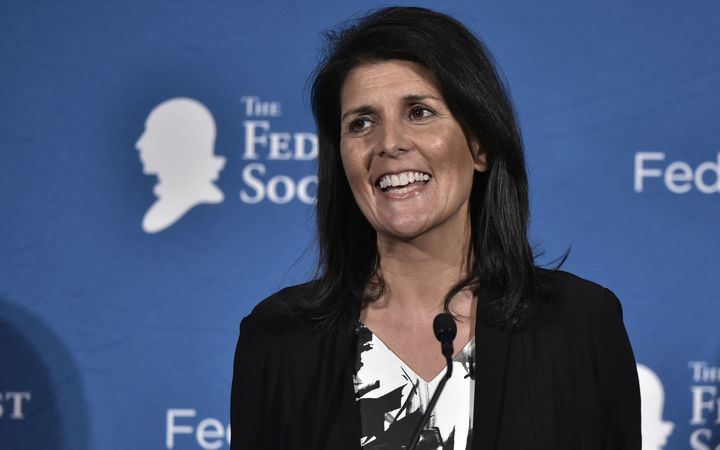 Nikki Haley is the daughter of Indian immigrants and was a vocal critic of Mr Trump on the campaign trail. Photo: AFP

A rising star in the Republican party, the 44-year-old is the youngest governor in the US.

Mr Trump said in a statement she had a "proven track record of bringing people together regardless of background or party affiliation to move critical policies forward for the betterment of her state and our country.

"She is also a proven dealmaker, and we look to be making plenty of deals. She will be a great leader representing us on the world stage"

The choice of Mrs Haley may be aimed at countering criticism of Mr Trump's divisive comments about immigrants and minorities, as well as accusations of sexism during his election campaign.

Although she eventually voted for Mr Trump, the governor said she was "not a fan" of either him or the Democratic candidate, Hillary Clinton.

She also sharply attacked Mr Trump's proposal to ban Muslim immigrants, calling it "un-American", as well as his refusal to release his tax records.

For his part, Mr Trump had called her "very weak on illegal immigration" and said South Carolinians were "embarrassed" by her.

But the newly minted president-elect, who will be inaugurated in January, invited her for a meeting last week at Trump Tower in Manhattan. 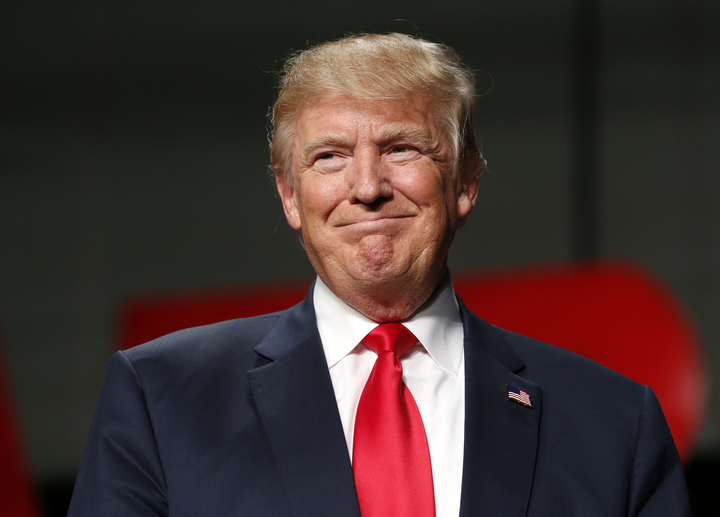 Mrs Haley said during the campaign she was "not a fan" of Mr Trump. Photo: AFP

Mrs Haley said she had accepted Mr Trump's offer and would remain governor pending her confirmation to the Cabinet-level post by the US Senate.

"When the president believes you have a major contribution to make to the welfare of our nation, and to our nation's standing in the world, that is a calling that is important to heed," she said in a statement.

She will succeed President Obama's UN envoy, Samantha Power, a foreign policy expert before she took the job.

Mrs Haley has little foreign policy experience and will take up the ambassadorship at a time of uncertainty over America's international role under Mr Trump's presidency.

The Charleston Post and Courier reports she has taken at least eight trips abroad since becoming governor in 2011, mostly in support of economic development deals for her state.

During a trade mission to Europe in 2011, she was criticised by the newspaper for staying at expensive hotels and attending parties, costing the taxpayer $127,000.

Born Nimrata "Nikki" Randhawa, Mrs Haley was raised in a Sikh household and now identifies as a Christian.

She is the first minority and female governor of South Carolina, a deeply conservative state with a long history of racial strife.

She was praised by members of both parties in 2015 when she ordered the Confederate battle flag to be removed from the grounds of the state capitol after the killing of nine black churchgoers in Charleston.

The flag was carried by pro-slavery Confederate forces during the U.S. Civil War and is viewed by many as a racist emblem.

Mrs Haley, who is in her second and final term as governor, was elected in 2010, riding a wave of the Republican Tea Party.