Nigel Farage has accused Downing Street of putting its dislike of him ahead of the national interest after No 10 dismissed Donald Trump's comment that he could be a "great" ambassador. 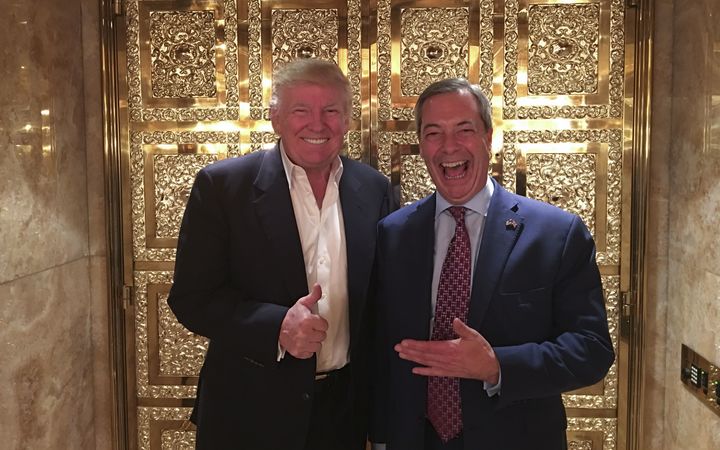 The UKIP leader said No 10 needed to accept "the world has changed", adding he was "in a good position, with the president-elect's support, to help".

Mr Trump had tweeted that "many people" would like to see Mr Farage in the role and he would do a "great job".

Many people would like to see @Nigel_Farage represent Great Britain as their Ambassador to the United States. He would do a great job!

Mr Farage, who is currently UKIP interim leader, was the first British politician to meet Mr Trump after his victory in the US presidential elections and spoke in support of him at an election rally.

Writing for the Breitbart website, whose former executive chairman Stephen Bannon has been appointed Mr Trump's chief strategist, he said: "At every stage I am greeted by negative comments coming out of Downing Street.

"The dislike of me, UKIP, and the referendum result is more important to them than what could be good for our country."

Mr Farage said politicians who had been "openly abusive about Trump now pretend to be his friend".

He wrote: "It is career politics at its worst and it is now getting in the way of the national interest.

"I have said since the now famous photograph with Donald Trump 10 days ago that I would do anything to help our national interest and to help cement ties with the incoming Anglophile administration.

"I have known several of the Trump team for years and I am in a good position with the president-elect's support to help. The world has changed and it's time that Downing Street did too." 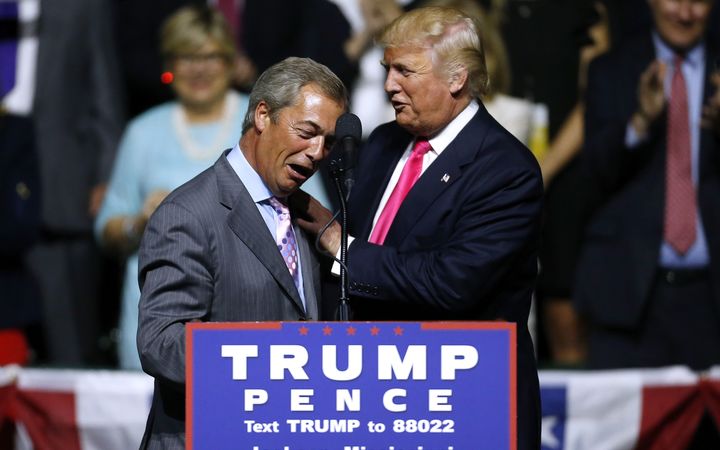 Nigel Farage out on the campaign trail with Donald Trump. Photo: AFP

The president-elect's meeting with Mr Farage was seen by some as a snub to Mrs May, who will not meet Mr Trump until early next year.

Mr Trump has spoken to the prime minister by phone and there have been other contacts between British ministers and representatives of the incoming administration.

The Downing Street spokesman said the UK already had "an incredibly strong and enduring relationship with America" and the government would build on that once Mr Trump takes office.

"As a basic principle we appoint our ambassadors," he added.

Foreign Secretary Boris Johnson reiterated that there was "no vacancy".

Speaking in the House of Commons, he said: "We have a first-rate ambassador in Washington doing a very good job of relating both with the present administration and the administration to be and there is no vacancy for that position."

"I think we can hear his suggestion and then we reject it politely but firmly."

Liberal Democrat leader Tim Farron tweeted that the suggestion of Mr Farage as UK ambassador to the US was a "frankly stupid idea".

He added: "I have more diplomacy in my little finger. But what's more worrying is the axing of TPP."

Mr Farron was referring to Mr Trump's announcement that he would quit the Trans-Pacific Partnership trade deal on his first day in office.