Japan has lifted the tsunami advisories issued after a powerful earthquake struck off its eastern coast. 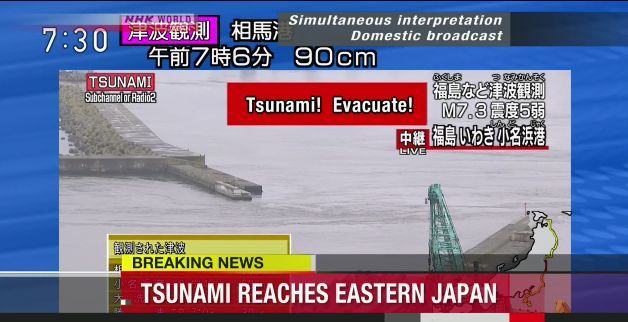 A screengrab of the live feed from Japanese broadcaster NHK, showing Onahama Port in Fukushima prefecture and warning residents to evacuate. Photo: NHK

The quake struck near Fukushima about 6am local time (10am NZT), triggering initial warnings of 3m high waves. The waves which eventually hit the coast were much smaller.

The US Geological Survey initially put the magnitude at 7.3 but later downgraded this to 6.9, lower than the rating of 7.4 that has been given by the Japanese authorities.

Thousands were asked to evacuate the area and minor injuries were reported.

That quake, one of the most powerful ever recorded and the strongest in Japan on record, also caused a meltdown at the Fukushima nuclear power plant, where a massive clean-up operation is still going on. It was the world's worst nuclear crisis since Chernobyl, a quarter of a century earlier.

Officials have said there is no sign of damage to the plant this time.

Civil Defence said after this morning's earthquake that there was no tsunami threat to New Zealand.

There is no tsunami threat to New Zealand following the 7.3M earthquake near the east coast of Honshu Japan.

The Japan Meteorological Agency (JMA) said in its latest update that no tsunami damage was expected, although there might be slight changes to the sea level.

The agency has also said the latest tremor was an aftershock of the 2011 quake.

A spokesman quoted by Japan Times said the area was still generating at least one earthquake of 7 magnitude or more each year.

The depth of Tuesday's quake was estimated to be 30km, the JMA said.

Strong tremors could be felt as far away as the capital, Tokyo, about 160km south of Fukushima prefecture. Buildings in the capital shook for at least 30 seconds. 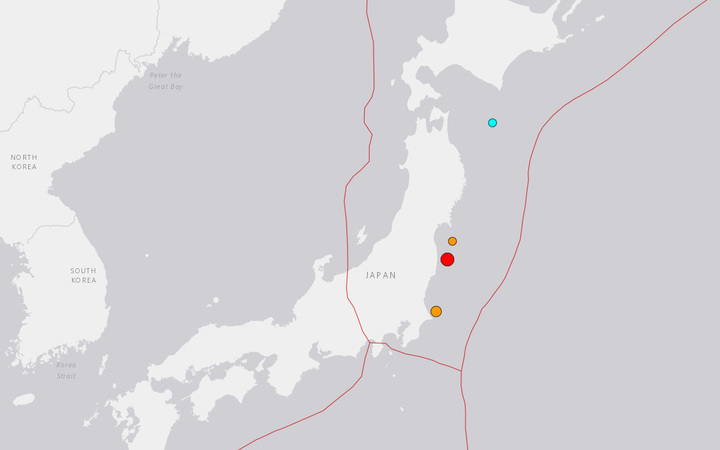 Tens of thousands of people were reported to have heeded evacuation warnings and headed for higher ground.

Ships could be seen moving away from harbours in Fukushima prefecture and car manufacturer Nissan suspended work at its Fukushima engine factory. 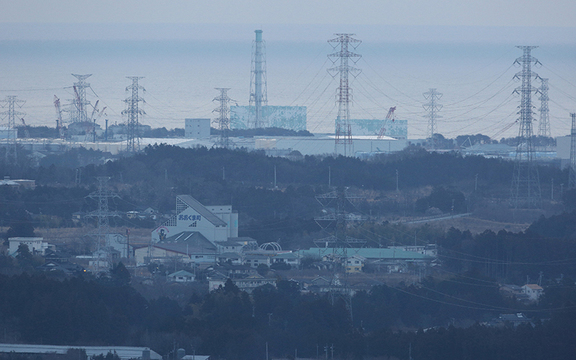 A 1m wave hit the coastline near the Fukushima nuclear power plant, but Cabinet Chief Secretary Yoshihide Suga said at a televised news conference that "there was no problem".

All reactors were shut down in 2011, but cooling is still needed for the used nuclear fuel stored on the site.

Mr Suga said the water cooling system on the third reactor had stopped working, but there were no signs of further damage or abnormalities.

Tokyo Electric Power, which operates the plant, later said it had restarted the cooling system, and reported only small temperature increases, within safety limits.

A wave of 60cm arrived in Onahama Port in Fukushima, Japanese broadcaster NHK reported, and another of 90cm in Soma.

New Zealand tour operator Wendy Harnett was on the seventh floor of her apartment building, and said the earthquake was a long slow rolling one.

Ms Harnett, who runs custom tours out of Tokyo, said the quake did not feel as bad as one that struck closer to the city two months ago.

She said Japan's tsunami warning system was impressive and left people in no doubt whether to leave their homes, and New Zealand could learn from it.

Chris Gilbert, a New Zealander in Tokyo, said it was an abrupt awakening.

"It was rather unwelcome and rather scary.

"My first thoughts were of New Zealand, and what happened in Japan in 2011 so soon after New Zealand."

There are currently 424 New Zealanders registered as being in Japan.

The Ministry of Foreign Affairs and Trade said those in the affected area should follow the advice of the local authorities - including any tsunami evacuation instructions - and keep in touch with any family in this country.

Japan lies in a particularly seismically active region and accounts for around 20 percent of quakes worldwide of magnitude 6 or more.

At least 50 people died in two quakes in the southern Kumamoto prefecture in April.