US President-elect Donald Trump has appointed three of his children and a son-in-law to his transition team, and demoted the former head Chris Christie.

Mr Trump put Mike Pence, the vice-president-elect and former US lawmaker with deep Washington ties, in charge of the process.

Mr Christie, the New Jersey governor marred by scandal after two of his aides were convicted in a political revenge plot, will serve on the six vice-chair posts.

Four of the 16-member executive committee are members of Mr Trump's family. 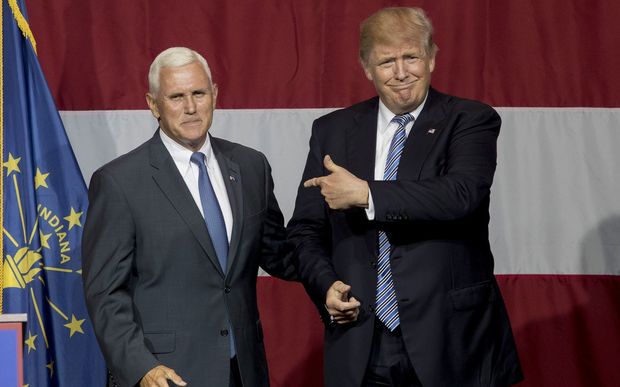 The New York Times, citing several sources close to the transition team, said Mr Trump told advisers he wanted to use Mr Pence's contacts to move the transition process along.

Aides in the real-estate mogul's Trump Tower in New York City were beginning the task of prioritising policy changes and considering Cabinet picks and other candidates for the 4000 positions Mr Trump will need to fill shortly after he takes the reins of the White House.

However, she said she believed Mr Trump might change tack once he took office.

"I dare to believe that such things are campaign promises to please a certain electorate which has not understood that global warming is a reality," she said at a meeting of 200 nations in Marrakesh, Morocco, on actions to limit warming.