Some of Donald Trump's most controversial proposals while running for US president have disappeared from his campaign website. 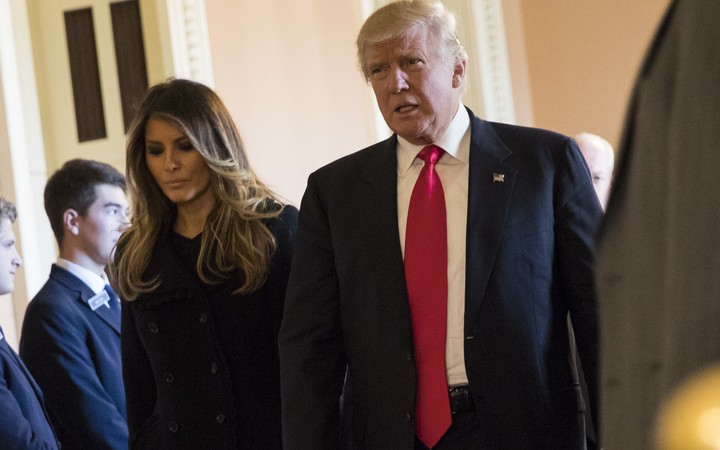 Donald Trump's call to ban Muslims from the US and his promise to cancel the Paris Climate Change Agreement have vanished from his website. Photo: AFP

They include the "Donald J. Trump statement on Preventing Muslim Immigration", in which he called for "a total and complete shutdown of Muslims entering the United States".

Also gone is his promise to cancel the Paris Climate Agreement, the list of his potential Supreme Court justice picks and details of his economic, defence and regulatory reform plans.

The Trump campaign did not respond to emails seeking comment on the changes.

The links, which now redirect readers to a campaign fundraising page, appeared to have been removed around Election Day on Tuesday, when Trump won a historic upset against Democratic rival Hillary Clinton, according to a website that records historic snapshots of web pages.

Most of Mr Trump's core policy positions remained on the site, including his promise to build an "impenetrable physical wall" on the border with Mexico and make Mexico pay for its construction.

It was not the first time the Trump campaign made unexplained website changes. The campaign this year replaced part of the site describing Trump's healthcare policy with a different version. When contacted about it by Reuters in September, the campaign put the original page back up.

After the meeting, Mr Trump promised "spectacular things" for America.