Mexico City has held its first Day of the Dead parade, complete with floats, giant marionettes and hundreds of dancers and performers.

Mexican tourism officials say the inspiration came from the opening scenes in last year's James Bond movie, Spectre, which was shot in the city. 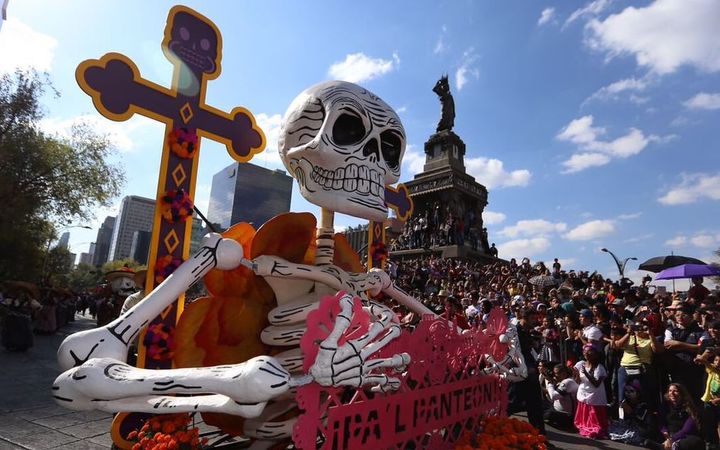 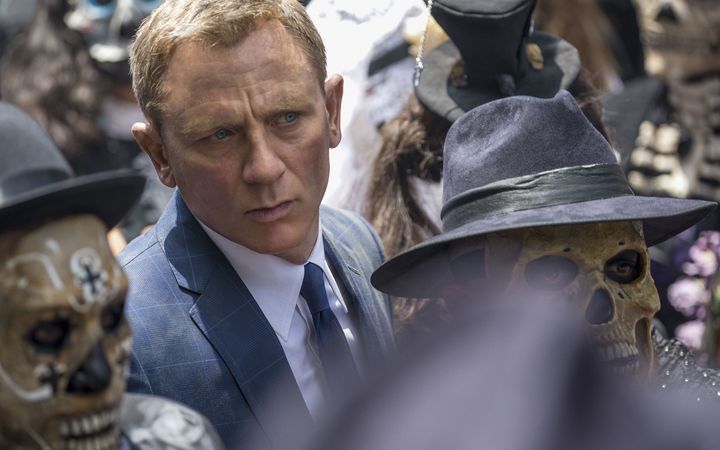 Bond is seen chasing a villain through crowds watching a parade of people in skeleton outfits.

It is hoped the new parade will attract more tourists to the city. 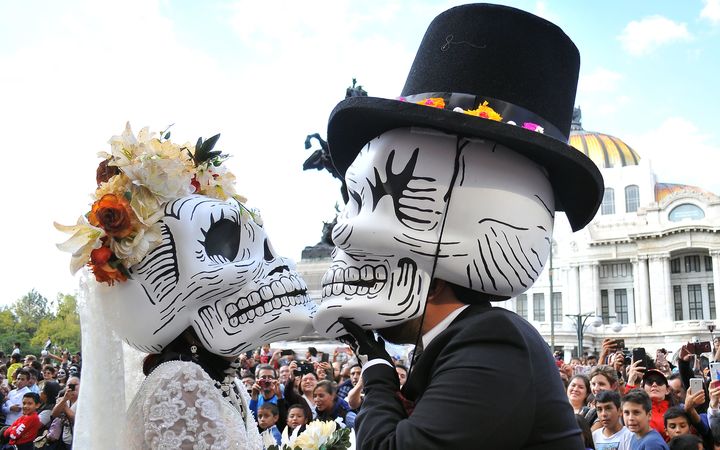 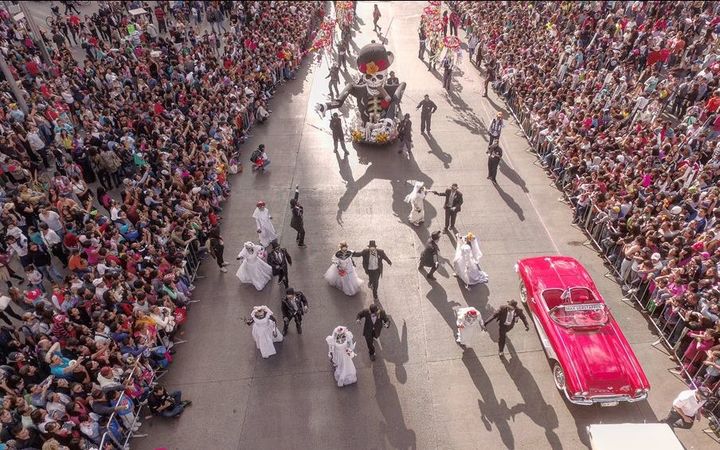 Mexicans traditionally celebrate the Day of the Dead with a family picnic beside their relatives' graves or in front of a decorated shrine at home.

But Lourdes Berho, chief executive of the Mexico Tourism Board, said Spectre had created "expectations that we would have something".

"We knew that this was going to generate a desire on the part of people here, in Mexicans and among tourists, to come and participate in a celebration, a big parade," she said.

About 135,000 people were expected to attend the parade. 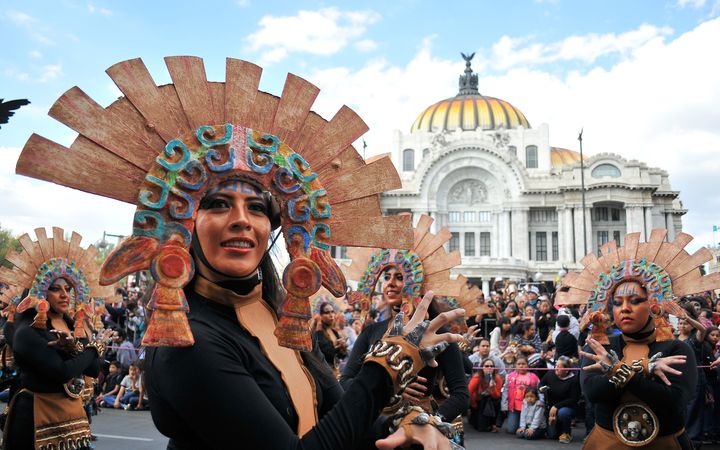 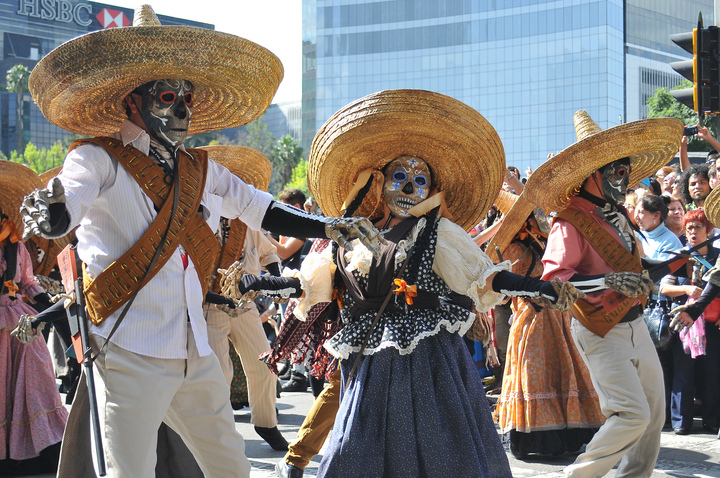 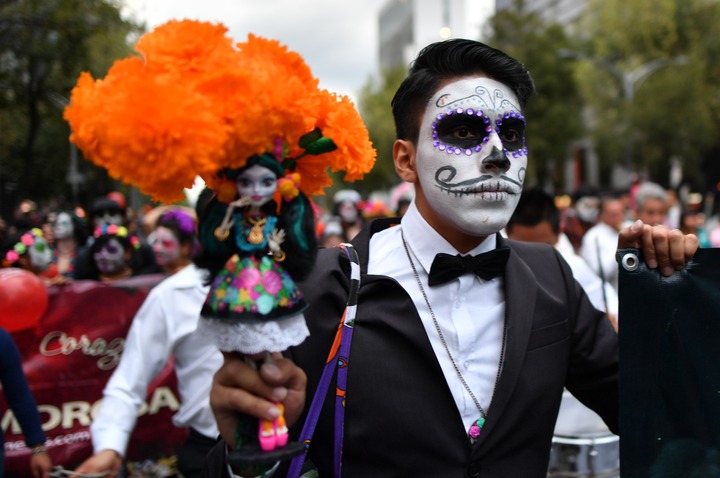 The Catrinas parade in Mexico City takes place a few days before the Day of the Dead. Photo: AFP 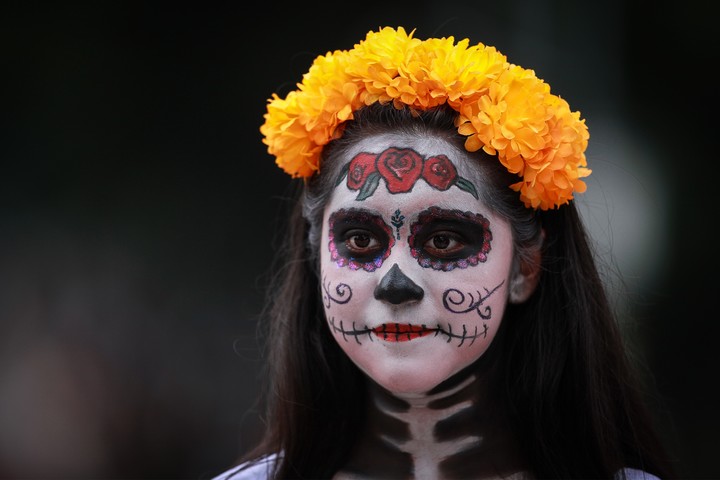 A woman dressed as Catrina in a parade in the lead-up to the Day of the Dead. Photo: AFP