There was no evidence of racism or terrorism behind a fatal attack on a Brisbane bus driver yesterday, Queensland police say. 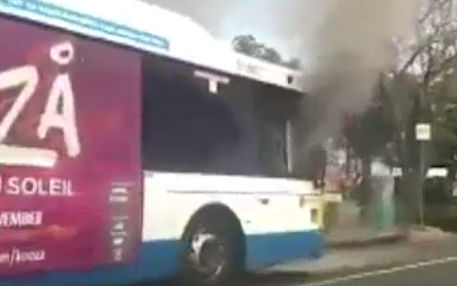 The bus was engulfed in smoke after the driver was set on fire. Photo: ABC / screenshot

Manmeet Alisher, 29, who was also known as Manmeet Sharma, was killed when a flammable device was thrown at him while he was driving the bus in Moorooka, south Brisbane.

Anthony Mark Edward O'Donohue, 48, has made a brief appearance in Brisbane Magistrates Court, where he was charged with murder, 11 counts of attempted murder relating to the passengers, and arson.

Superintendent Jim Keogh said there was "no apparent motive" for the killing, which happened at a suburban bus stop to the horror of morning commuters and onlookers. 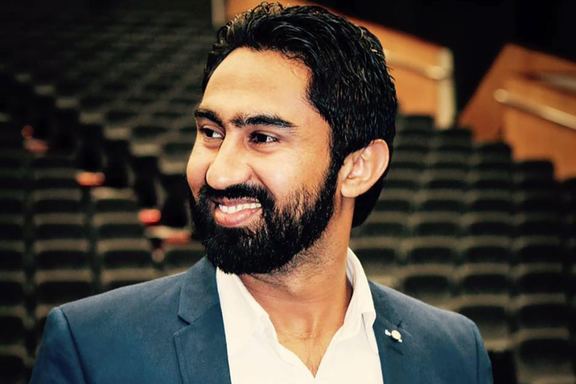 Six people on the council bus at the time of the attack were slightly injured.

Onlookers broke through the back doors of the bus to help the passengers escape the flames and smoke.

He said there was nothing to suggest either terrorism or a racist motivation for the attack.

"I want to assure you that there is no evidence at this time of any linkage to terrorist type activities and certainly that has not become evident through the ongoing investigations."

A vigil has been held in the Brisbane suburb where the attack took place, and today bus drivers are wearing black armbands as a sign of respect for Mr Alisher, who was a popular singer.