A homicide investigation is under way in Brisbane after a horrific attack on a council bus driver. 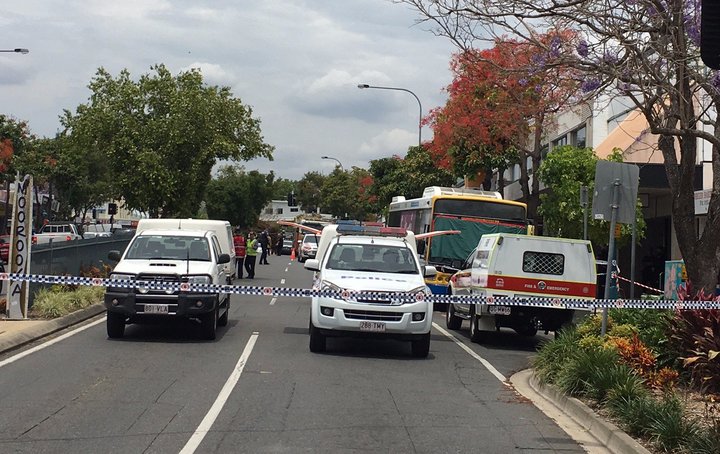 A homicide investigation is under way in Brisbane after the horrific attack. Photo: Queensland Police

Police said the driver died after a man poured flammable liquid on him and set him alight at a bus stop at Moorooka in the city's south.

The victim has been named as 29-year-old Manmeet Alisher. 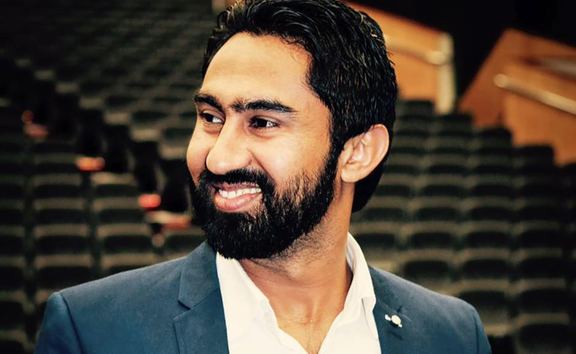 Six people were on the bus at the time of the attack, with a number treated for minor injuries and smoke inhalation, Queensland Police Superintendent Jim Keogh said.

A 48-year-old man had been taken into police custody after the attack, he said.

While there was "no apparent motive", the police had ruled out a link to terrorism.

"Words escape me, it's a horrific incident here in the quiet suburb of Moorooka," Superintendent Keogh said.

"A bus driver, going about doing his business, supporting the community, has had his life taken from him in what is a senseless and needless act.

"The fire was substantial, he would have stood little chance."

Onlookers broke through the back doors of the bus to get the passengers out.

Superintendent Keogh said the passengers were visibly shaken and considered themselves lucky.

"It's lucky the whole bus didn't become engulfed in flames.

"They are traumatised... it was rather rapid."

Taxi driver Aguek Nyok was walking past the bus when the fire started and said he kicked in the bus' back door to free trapped passengers.

"Unfortunately I couldn't go inside because there were fumes," he said.

"It was smoky, you can't even think of going there, and the fire was getting higher and higher."

A large amount of emergency services at the scene of this bus fire in Moorooka @ABCNewsBrisbane pic.twitter.com/U1pFCMtDo9

"He certainly jeopardised his own life for the safety of those on the bus," he said.

One witness said she helped passengers, including some young children, get off the bus.

"They were lucky to survive," she said. "[They were] just small children, [their] mum was screaming ... I was scared."

Aster Benebru, the owner of a nearby bakery, said her shop on Beaudesert Road was closed at the time of the fire, but she gave a man an extinguisher to help battle the blaze.

A city in mourning

"It is a very, very sad day for council and the wider community - to see the loss of one of our drivers and in this way," he said.

"One thing we will be doing as an organisation tomorrow is to fly the flags of Brisbane at half mast as a mark of respect to our bus operator - it's just a very, very sad set of circumstances," he said.

An onboard camera captured the attack, he said.

"Footage has been provided to the Queensland Police Service to assist them with their investigations at this time," he said.

"The advice that I am getting from police is that this is a random act."

Deputy Mayor Adrian Schrinner said council's thoughts and prayers were with the driver's relatives and friends.