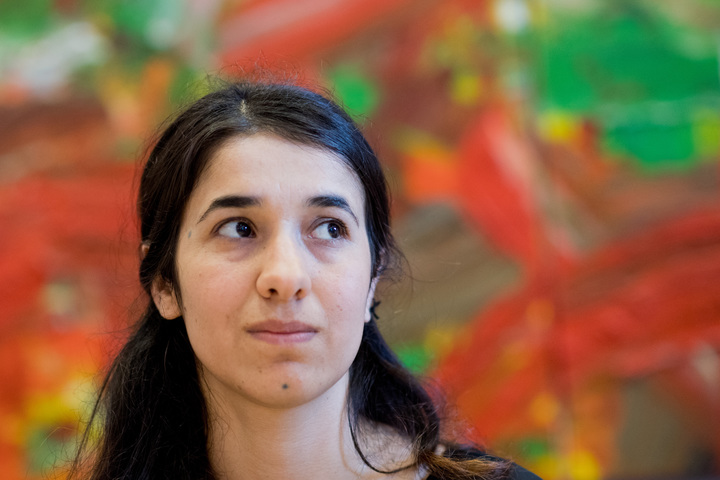 Nadia Murad Basee, along with Lamiya Aji Bashar, survived her abduction by Islamic State and now campaigns for the Yazidi community. Photo: AFP

Nadia Murad Basee and Lamiya Aji Bashar were among thousands of Yazidi girls and women abducted by IS militants and forced into sexual slavery in 2014.

But both survived and now campaign for the Yazidi community.

The freedom of thought prize is awarded annually in memory of Andrei Sakharov, a Soviet scientist and dissident.

The two women were nominated by the liberal Alde group in the European Parliament. Group leader Guy Verhofstadt described them as "inspirational women who have shown incredible bravery and humanity in the face of despicable brutality".

European Parliament President Martin Schulz said it was "a very symbolic and significant decision to support these two survivors who came to Europe as refugees".

"We as [the] European parliament are now supporting them in their fight for, not only the dignity we have to grant to everybody, but also for their fight to give testimony as a witness to these atrocities." 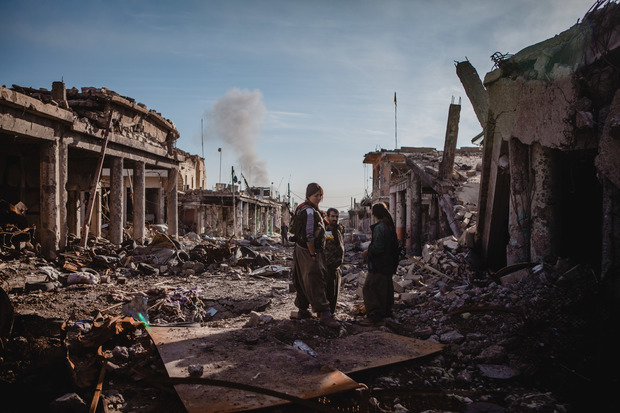 Sinjar was recaptured in earlier this month Photo: AFP

Tens of thousands of Yazidis were forced to flee their homes after IS fighters took the northern Iraqi town of Sinjar in August 2014.

Thousands of women and girls were treated as "spoils of war" and openly sold in slave markets to IS militants. They were separated from the men and boys, many of whom were shot dead.

Ms Murad was 19 when she was abducted from her home in the village of Kocho, near Sinjar, and taken to Mosul, where she was tortured and raped.

She later managed to flee, but she lost six brothers and her mother in the Sinjar assault.

Ms Bashar, also from Kocho, attempted to flee her captors several times during her 20 months in captivity before she finally succeeded. She was just 16 when she was abducted.

Yazidis, whose religion includes elements of several faiths, are considered infidels by IS.

The UN says IS committed genocide against Yazidis in Iraq and Syria in a premeditated attempt to exterminate an entire community of 400,000 people.

A number of Yazidi mass graves were discovered north of Sinjar mountain after Kurdish forces retook the town in November 2015.

Since her escape, Ms Murad has become a prominent advocate in highlighting the plight of the Yazidis in the region.