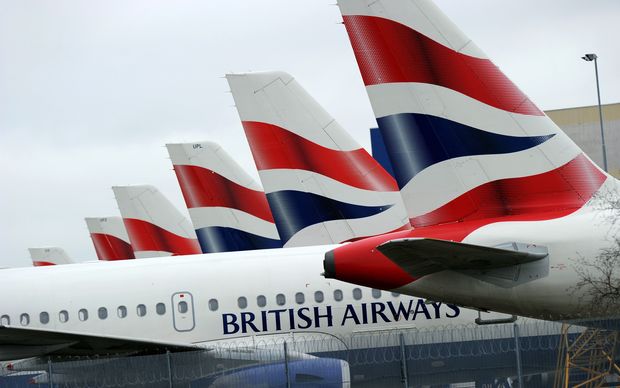 Heathrow, Europe's busiest airport, defeated a proposal from smaller rival Gatwick to secure the first new full-length runway to be built near London in 70 years, after environmental and political protests scuppered previous attempts.

The long-awaited decision put Prime Minister Theresa May on a collision course with several senior politicians including her own foreign secretary, Boris Johnson, and the plan is also likely to be challenged in the courts.

But with a promise of jobs and greater trade links after Britons opted in June for Brexit, Mrs May is likely to win parliament's approval, triumphing over an issue that has paralysed successive governments in the past.

"After decades of delay we are showing that we will take the big decisions when they're the right decisions for Britain," Mrs May said of her Conservative government's backing for what will be one of Europe's biggest infrastructure projects.

The decision in favour of a third runway at Heathrow, due to be built by 2025, is one of Mrs May's most significant acts since she took office in July. It follows her approval in September of a nuclear power plant at Hinkley Point.

With established links around the world, Heathrow always offered the greatest economic potential. However, its position to the west of London, near several affluent suburbs represented in parliament by Conservative lawmakers including Mr Johnson, drew a powerful coalition of opponents worried about noise and pollution.

A new runway will also require parts of the motorway circling the capital to be rebuilt, making it more expensive and complex than alternative options to extend an existing Heathrow runway or build a new one at Gatwick, south of London.

The Department for Transport said a new runway at Heathrow would bring economic benefits to passengers and the wider economy worth up to £61bn and create as many as 77,000 additional local jobs over the next 14 years.

It will also enable Britain to keep pace with Europe's biggest airports in Paris, Amsterdam and Frankfurt, which have greater capacity.

But within hours of the decision, politicians were lining up to denounce it. Mr Johnson, a leading Brexit campaigner, said the plan was "undeliverable" and "very likely to be stopped" while London Mayor Sadiq Khan, alarmed by the potential impact on air quality, said he was exploring legal options.

Zac Goldsmith, a lawmaker in Mrs May's Conservative Party, resigned over the issue, meaning a by-election will be held in his constituency near the airport and Mrs May's already slim majority in parliament will be reduced.

Mr Johnson, a former London mayor who once vowed to lie down in front of the bulldozers to prevent a new Heathrow runway being built, said he worried that a third would be followed by a fourth.

"You'd have New York, a city of beautiful skyscrapers, Paris the city of light, London the city of planes," he told reporters. "Is that really what we want for our fantastic capital city?"

Wary of being damaged by the issue, Mrs May has allowed her ministers to criticise the plan but not campaign against it before a vote in parliament in a year's time. Surveys show a majority of lawmakers will back her.

Lawyers said opponents could delay the decision on the project in the courts but were unlikely to be able to block it.

Adam Marshall, director general of the British Chambers of Commerce, said governments had prevaricated for too long.

"Put simply, it's about time," he said. "Businesses will now want assurances that the final approval process for Heathrow's new runway will be smooth and swift, so that construction can begin as soon as possible.

"The time for playing politics with our national connectivity is over."

Heathrow is owned by Spanish infrastructure company Ferrovial, Qatar Holding, China Investment Corp and other investors, and the bill for expansion will be paid for by the private sector, with the government expected to pay for some of the additional road and rail costs.

The government said the UK aviation regulator would work with Heathrow and airlines to ensure the new runway was affordable and keep landing charges paid by the carriers close to current levels.

The government also proposed legally binding noise targets to provide respite for local residents while Heathrow will need to meet air quality rules as a condition of planning approval.

"Heathrow stands ready to work with government, businesses, airlines and our local communities to deliver an airport that is fair, affordable and secures the benefits of expansion for the whole of the UK," the airport said.