Most of the 174 inmates from a Haitian prison have escaped after killing a guard and stealing firearms. 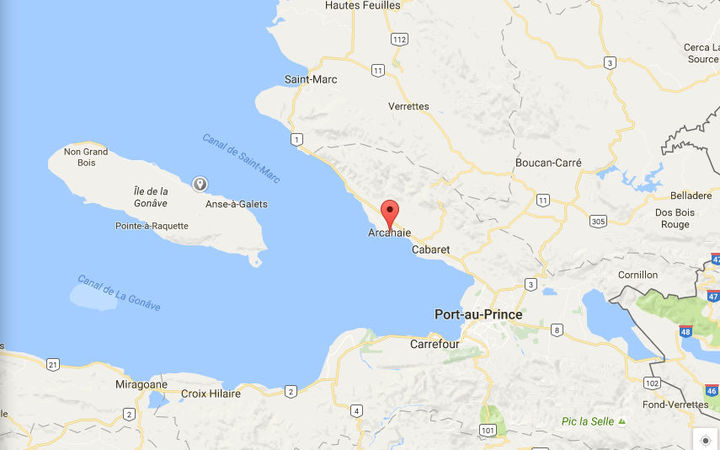 The prison is in Arcahaie, 45km north of the capital Port-au-Prince. Photo: Google Maps

Authorities have launched a manhunt for the fugitives, with support from UN peacekeepers.

They escaped from a prison in Arcahaie, 45 kilometres north of the capital Port-au-Prince.

The inmates stole five rifles, and a guard and an inmate were killed in an exchange of fire.

Eleven people were caught during the prison break, which happened while some were bathing, officials said.

In a tweet, the Haitian government condemned what it described as a mutiny.

Justice Minister Camille Edouard Junior said one prisoner died after falling off a wall and hitting his head during the escape.

Mr Edouard told Reuters that three prisoners were injured, and one of them died of his wounds.

Police have detained several people without identity cards at the checkpoints they set up on roads near the prison, a Reuters witness said.

However the 266 inmates of Arcahaie prison do not wear uniforms, so it is easier for them to blend in with the general population.